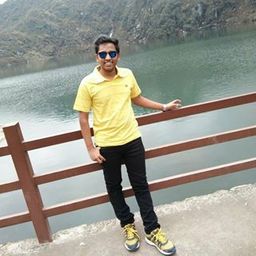 Emotions are the fuel that keeps us going in our lives. We tend to perform those activities more often which satisfy us or give us pleasure; at the same time avoiding the ill emotions that displeasure us. Emotions have been the primordial logic that we humans tend to give for response to stimuli. They have been an innate part of the ingredients that constitute human behavior.

Although we humans have successfully named the strong, common emotions that we share amongst ourselves, yet we face situations that cannot be put into words. Feeling of joy, content, sorrow, forlorn, grief, hatred, despair and the most important, love, are some of the intense emotions that every individual is bound to experience at some point or the other. In addition to these, there exist many more emotions that we come across unconsciously and do not pay attention. For example, a mutual gaze can instill an intense feeling that could be either positive or negative; it could boost your confidence or break you. In a similar fashion, there are inestimable emotions that are yet unfathomed; one such being - 'Detachment'.

An individual's nature and behavior is a result of the previous experiences they have had in their so far journey of life. Such past situations and instances mold the way we think or react in the future. Some grow up to be extroverts with immense self-confidence and public speaking skills while others may develop an introvert and timid nature. Repetitive failures in relationships leave one wrecked in both, mental and emotional ways. After a certain number of such failures, the saturation point is crossed and it is then that one starts analyzing their level of connectivity with others and starts questioning themselves. The answer to these questions often leads along the only path - detaching themselves from everything in the environment.

As humans, we are bound to be attached to a few people, with whom we spend a considerable amount of quality time. It occurs naturally, without even being noticed by the subconscious mind. But, if at all at some point, such valuable people leave our lives due to some or the other crucial circumstances, then we are left devastated. Majority of the people fail to withstand this trauma and thus end up facing emotional breakdown. In such situations, all they have is the delightful memories of the past, haunting them and reminding about the times that'll probably never return.

Furthermore, they forbid themselves from making memories with others, because somewhere they realize that everyone in our lives is temporary and hence at some point or the other they shall leave us. But what after they leave us? Will we be able to bear their absence? The answer is no. Hence, we start establishing our own boundaries. Boundaries that restrict us from emotionally connecting with others. Thus such detachments are intentional and consequence of the past reflecting in our present.

Detaching in its true sense means to be involved with the people and immediate environment around us but with certain restrictions. It implies that one does mix up with the group but not to an extent that its termination takes a toll on their lives. It is about rising above things that make you vulnerable. It is loosening the strings that you have been holding onto so tight for the fear of being hurt. Anything in excess is detrimental, so is an attachment.

However cynical the term 'detachment' may sound, it is actually selfless care for others without expecting anything in return. It is helping everyone but never expecting return help from anyone. It is about caring for everyone without expecting them to care about ourselves. It is about sticking in the thick and thin with everyone irrespective of the fact that probably they won't be there for us in return. In a nutshell, detachment is about selflessly doing everything for others without caring if they will reciprocate it or not.

It is about refraining from making memories with people that are not long lasting. Or maybe rehearsing to face grief with might is what detachment is all about. Lastly, whether detachment is right or wrong is highly debatable and depends on one's perspective.

Yet To Know About Love