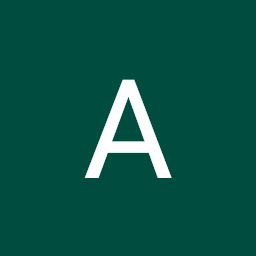 Mahatma Gandhi stated that “God has no religion”. This makes one wonder about the foundations of the many established religions of the world. All religions have their own cultural differences but all in all they all preach peace. All the religions we may have heard of have the common purpose of preaching love, affection, peace, humanity, kindness and to serve good.As quoted by Mahatma Gandhi, God sees no religion when he looks at his children. We may develop faith in different religions but it is the same God we all pray to. God sees no difference in us. He looks at us and sees his most beautiful yet bizarre creation.

The differences we see in each other are the difference we should be embracing. But, it is obviously easy to say. If viewing other religions as threats or wrong is what you interpret out of your religion then my friend, you are absolutely mistaken! This misinterpretation has led to much hatred and huge divide amongst us. We see each other as enemies in the name of Almighty who created us to live with each other in peace and harmony. The people who fall prey to this misinterpretation of the very holy preaching become slaves to their misbeliefs. They to fight and die for their religion but in the middle of all of this, they forget to follow their own religion. They forget the very basis of it.

These people are not just blinded by their own beliefs but also, these beliefs are ignited by brainwashing. These religious followers believe they have freely chosen their religion. Contrarily, as soon as they take birth into this world, their religion is predetermined, way before they develop a mind which is capable enough of making decisions. Now, religion has come to point where the major things it does are: delude, control and divide the people.

We must acknowledge how toxic they have made the concept of religion. We need to let the original preaching spread and stop the hoax we now call religion from brainwashing the people and massacring our children. Remember your humanity and forget the rest. The religions which originally started had a rich content which aimed at spreading peace. We must bring it back and restore it. God would never want us to fight amongst ourselves and destroy his most dear creation. Let us all make peace and bring back the original ideas of the religions.

Why You Should Avoid These Topics In Any Conversation?