How To Change Someone's Mind 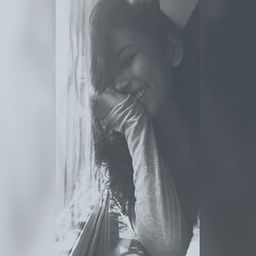 Being passionate about a topic, you might find yourself debating with people, mainly those having an opposite opinion, only for it to end up in a social media fight with some blocking. This article won’t be teaching you some magic spell that you can cast on people and change their mind, because such a spell sadly doesn’t exist. However, a little science can do more wonders than any magic ever can. So, instead of getting defensive or aggressive, try understanding and using the science behind changing people’s mind, and remember these words of Desmond Tutu:

Most people said that there isn’t enough information to answer. Most people are wrong. Here’s the explanation- Linda can either be married or not married, there are no other options, right? Thus, in either scenario, someone who is married is looking at someone who isn’t. When presented with this information, people were quick to change their minds and accept the correct answer, despite being very confident in their first answer. However, there are certain cases where people don’t accept the correct answer and instead get even more defensive of their first answer. So, why do arguments change people’s mind in some cases and backfire in others? Have a look at the below mentioned steps to ensure your arguments and reasoning bring people on your side and don’t backfire.

STEP 1: GET TO KNOW YOUR AUDIENCE

Arguments are more convincing when they rest on a good knowledge of the audience. The “trick” thus is to take into account what the person/audience believes in, who they trust and what they value. This can be done by simply talking to them! Mathematical and logical arguments (like the tea party example given above), work, because even when people reach different conclusions, they are starting from the same set of shared believes. Here’s a study to back this claim up- Researchers conducted a number of studies where they asked people of different political believes to rank their values. Liberals in these studies, on average, rank fairness (whether everyone is treated equally) above loyalty. Researchers then attempted to convince these liberals to support military spending with a variety of arguments. Arguments based on fairness- like saying military provides employment and education to people of all backgrounds- were found to be more convincing than arguments that were based on loyalty- such as that the military unifies the nation.

Referring to well respected figures or successfully executed projects is the key to a solid argument.  Here’s a study to back this claim up-

A group of participants were asked questions like “how many of the years between 1995 and 2006 were one of the hottest since 1850?” After giving their answer, they were presented with the data from The Intergovernmental Panel on Climate Change, showing that the correct answer was 11 out of those 12 years! Being provided with these reliable statistics from trusted official source, made people more likely to accept the reality that the Earth is warming.

People can’t deny facts, right? Well, some people do; and in those cases, its best to follow step one and try to identify their values and influence.

Some other ways to improve your argument is to compliment the “opposition” and gain their trust; make them believe that you disagree with their opinion and not the person himself. In a study at Cornell University, scientists found that more persuasive arguments use words that are different from the original person’s language, so use unique words. The same study also found that persuasive arguments are supported by suitable examples, so don’t be afraid to insert a few examples here and there.

These 3 tips may seem like a simple formula for finding agreement and consensus. The problem is that our initial inclination is to think of arguments that rely on our own beliefs, trusted sources and values. And even when we don’t, it can be challenging to correctly identify what’s held dear by people who don’t agree with us. The best way is to simply follow the above steps and find out. In the course of discussion, you’ll be exposed to counter-arguments and rebuttals. These can help you make your own arguments and reasoning more convincing, and sometimes you may even end up being the one changing your mind.