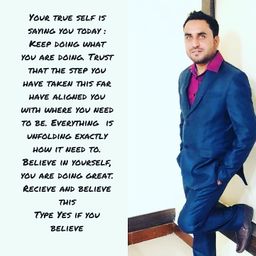 What is Group Discussion?

Where and Why is it used?

It is used during interviews by HR's because it is a tool to eliminate people very easily by observing their content, mood, body language and the way of expressing ideas.

During a GD, we have to contribute with our ideas and opinions positively without taking a stance and try to steer it towards a logical conclusion.

Topics:  There are various types of topics chosen by interviewers. They may be concrete, controversial, abstract, knowledge or case based topics.

Initiative: This is important as well as a high-risk-high-return strategy. If the mind can visualize an outcome of an idea, then the GD can be initiated, which is called as "Initiation". It can be translated in terms of personality trait, as the person who initiated the topic is a person who has initiativeand will be ready to do any work assigned to him without supervision. The act of "Initiation" also creates the first impression of our abilities. In initiating a GD, it is dangerous to start it with a stance or a conclusion.

Some participants get emotionally attached to the topic and take a stand either in ‘favour of’ or ‘against’ the topic, by saying ‘Yes’ or, 'No’. This should be avoided to discourage a debate in a GD. A GD should be initiated only if one is well-versed with the topic. It should be noted that “CONTENT IS KING" and therefore proficiency in the topic is important.

However to gain that ‘First Impression’ anybody can start a GD, even though they are not well-versed with the topic by welcoming the group to discuss the given topic and also by introducing about the importance of the topic.

Leadership: "The pessimist complains about the wind, the optimist expects the wind to change but a leader adjusts his sails". A leader is the one who acts correctly and makes the GD to be discussed assertively to reach its objective. So a leader is one who knows the way, goes the way, and shows the way.

So, a leader is one who knows the way, goes the way, and shows the way. Hence merely doing the moderator job doesn't mean you possess leadership qualities. Here are the qualities of a great leader:

Assertiveness: A person's leadership skills are often gauged by his Assertiveness. Ideas should put forth to the group in a very emphatic, positive and confident manner.

Participants often make mistakes by being aggressive instead of being assertive because our words and behavior can affect the rights and well being of others. Aggressiveness is all about enforcing the point without paying attention to the opinion of others. An assertive person always displays positive body language.

Persuasiveness: To display persuasive ability one should act like a shepherd always trying to reassure his sheep that their interests and his own are the same. The ability to analyze and persuade others to see a problem from multiple perspectives is called as persuasive ability. This can be done with good listening skills, humility and a sense of caring for the goal. “The best way to persuade others is with our ears by listening to them”.

Communication Ability: The key skill to exhibit all the qualities discussed above is communication skill. In a group discussion it is ‘greed’ to do all the talking, but not want to listen at all.  The key factor here is listening. A good listener is good at communication skills. Good communication does not mean that one should speak in perfectly formed sentences and paragraphs. To explain ideas simple and lucid language should be used.

Plato said, “Wise men talk because they have something to say, but fools talk to say something”.

Conceptualization: Conceptualization is generalizing the ideas and opinions to summarize at the end of the discussion in a few sentences that presents the overall perspective whenever the situation demands.

Conclusion: Finally, to exhibit all these qualities in a GD, and to be able to keep these things in mind, the most important thing that is needed is ‘Practice’ because ‘Practice Makes Man Perfect’.

During Group Discussion, body language plays a vital role, because “actions speak better than words”. Gestures show confidence in a person in addition to personality traits such as arrogance, assertiveness, and scariness among other emotions in a person. Emotional Intelligence or ‘EQ’ is continuously monitored during a GD; because a person’s original personality is clearly displayed during stress, as humans behave differently under controlled conditions. Positive body language should always be demonstrated, which can create a sense of confidence in the participant.

A few rules to be followed during a GD are represented here-under.

2.      Maintain a minimum distance of six inches gap between the knees.

3.      Use hands effectively and positively to express opinion.

4.      Always display a pleasant smiling expression on the face.

7.      Note down some important points in the mind from others ideas for summation.

9.      Steer the discussion towards a logical solution.

Conclusion: By following the above mentioned ‘Do’s’ and ‘Donts’ regarding body language, participants can effectively participate in a GD.

3. ROLES PLAYED BY PARTICIPANTS IN GD

Initiator: the participant who initiates the GS is called as an initiator. An initiator plays a vital role in by giving a new dimension to the GD, as it leads towards a good conclusion. An initiator should start the discussion by welcoming the gathering and explaining the topics to the participants. He/she should not start the discussion his/her opinion or with a conclusion, which may lead to an argument or a debate.

Conclusion: A person playing two or more roles mentioned above happens to be an effective leader. Therefore GD is used as a tool for selecting employees for many corporate organizations because the personality traits of individuals can be easily assessed and ascertained without much difficulty.