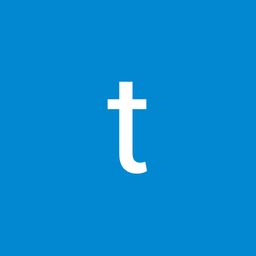 The current outbreak of a infectious disease which the scientist had never seen before is sparking global anxiety and concern that the virus might spread too far and too fast and cause dramatic harm before health officials could bring in vaccines to stop it.

What is Corona virus?

First detected in December2019 in Wuhan, a city in China’s Hubei province with a population of 11 million, after an outbreak of pneumonia without an obvious cause. The virus has now spread to more than 200 countries and territories across the globe, and was characterized as a pandemic by the World Health Organization (WHO) on 11 March 2020. COVID-19 the virus which causes the severe acute respiratory syndrome has infected more than 8 lakh people and killing 40000 people around the globe. Two coronaviruses have previously caused global outbreaks. The first of these was the SARS coronavirus responsible for severe acute respiratory syndrome (SARS) which first started spreading back in 2002, also in China. The SARS virus epidemic primarily affected the populations of mainland China, and it died off in 2003. The other one was the MERS corona virus or Middle East respiratory syndrome corona virus which emerged in Saudi Arabia in 2012. This virus has affected around 4000 people since then.

An official of WHO Dr. Van Kerkhove explained that as the symptoms of COVID-19 can be very generic, it can be difficult to distinguish between them and the symptoms of other respiratory infections.

To understand exactly what a person is dealing with, she said, specialists test viral samples, checking to see whether the virus’s DNA structure matches that of SARS-CoV-2 or not.

In humans, it commonly causes mild infections, similar to the common cold that is dry cough, running nose and fever. More serious cases are rare but can cause lung infection and neurological disorder. The incubation period of a coronavirus varies but is generally up to two weeks.

Official WHO prevention guideline suggest that to avoid infection with the corona virus, individuals should apply the same best practices for personal hygiene that they would to keep any other virus at bay.

Maintaining personal hygiene also include washing hands at a regular interval. Least touching of mouth, eyes and nose with hands.

What should one do if they think they have the virus?

Patients have been advised not to go to their community pharmacy if they are concerned that they have COVID-19. Patients are requested to consult their doctor before consuming any medication, that can even cause severe other side effects to the body. Those with a new, continuous cough or a high temperature who live alone should self-isolate for seven days from the onset of symptoms. Households should all self-isolate for 14 days if one member shows symptoms. Get yourself tested so that one could get treated in the beginning if found positive.