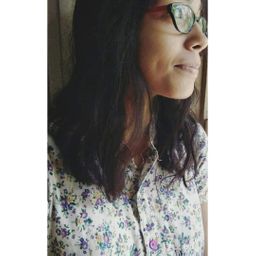 We all are humans,nothing but humans and everyone has one religion Humanity,one moto Love and one purpose To make a world where everyone is equal

A few days ago I heard a conversation regarding transgenders between two middle aged women. One of them said “It's nothing but a mental disorder, just treat them with a good psychiatrist, everything will be fine.” To which the other woman said “Don't need all these, just make them get married at a right age and see nothing will happen.”

Many of you perhaps have heard about this logic that being a transsexual is nothing but a mental disorder. It can be cured by treatment. What we never understand that being transgender is not a disorder,it's a choice of an individual, it's the right of an individual.

Who are actually Transgenders?

In majority of cases the sexual orientation of a person (gender)matches with his or her sex. But does not occurs in certain cases. In those cases an individual prefers the opposite sex as their own sexual orientation. Their natural sex does not match with their orientation they feel. They feel that they are trapped in the wrong body. This is where the question of ‘transgender’ comes. Through medical procedures and surgical treatment one can transform themselves into their choice of sex.

The discrimination towards the transgenders has embedded in our consciousness by ignorance and hatred.No matter how educated is a person, they still feel uncomfortable in front of a person whom they have labeled as ‘not normal’. 90% of people especially in Indian society consider transgenders as untouchables and derive a certain hatred towards them without any reason.Every transgender man or woman had to face social stigma in the society for being choosing their rights “differently.”

They are outcasted by their own family.
In India if a person expresses their transexuality to his/her family then the environment will become like Hiroshima in World War II . “Log Kya kahenge,hum kaise mu dikhayenge, isse accha th mar jana tha” ( What will society say,how will we cope up with the shame?It was better to die before hearing this).A transsexual person is often outcasted by their own family as a “shame” in the society. Most of them are even thrown out of their houses.

Doesn't have recognized rights and a separate entity

Have you ever seen public washrooms having a place for “Other gender”. Never.Transgender people at an interview said “There is no separate place for us. If we go inside to use the women's washroom,they become very uncomfortable. If we go to the men's washroom, we'll either be thrown out or get harassed.” Trans people do not have rights to present their separate gender.

Looked down as an object of ridicule

The third gender people are often being called out as “chakka” in an offensive manner. They are looked down upon as an object of ridicule. People consider them as a joke and even for pleasure. They are harassed,mishandled and worse even raped. But who will note their complaints? They are an object of ridicule, they don't have any right to stand up.

Indian Mythology regarding Transgenders
In Mahabharata Arjun is said to have
transformed himself into a trans person during their “Agyata Vash” in kingdom of Virat. He named himself as Brihanala and identified himself as a trans woman. Brihanala was considered as an expert in dance,art and culture. Another character called Shikhandi that was Amba’s reincarnated life was of a transgender man. Shikhandi was a warrior prince.

Renowned Indian author Arundhati Roy wrote her book “A Ministry of Utmost Happiness” about a group of transgender men and women of Delhi. The protagonist of the book is a transgender woman named “Anjum”. The award winning book portrays about the lives of the third gender through generations in Indian society.

Throwing all the social stigma there are some people who rose up. In 2015 Manobi Bandhopadhay made headlines by becoming the Principle of Krishnagar Women's College. She is the first transgender in a India to have achieved such a high and respected post.

The Transgender Person (Protection of Rights)Bill was passed by Lok Sabha on December 2018. It claims to “provide protection of rights of the transgender persons and their welfare”.However instead of addressing the daily indignities faced by the transgender community, the bill further enhances these violations.

Here are some reasons that why it is regressive

4)Section 19 (A)of the act states that “if a transgender person is spotted to have been begging or other similar forms of forced bonded labour,will be imprisoned with a term of not less than six months. It can also extend up to two years with fine. This proves that the bill was actually regressive towards the community

5) The act further states that if any parent or member of the family is unable to take care of a transgender then he/she may be sent to a rehabilitation centre. They do not understand that rehabilitation centers are for people who need to be cured of addictions not someone who needs shelter.

We all are equal and we all have equal rights in the democratic Indian society. In cases where people are choosing their way of life without hurting other people's morality should be given equal respect. Transgenders are a part of our society just like men,women and others. In order to make a better India we must learn to accept them as our very own.

Life Was Ggood When