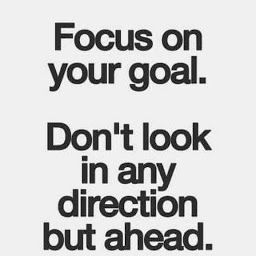 Body image is a dynamic perception of one’s body about how it looks, feels, and moves. It is shaped by perception, emotions, physical sensations, and is not static. Body's image is mainly linked to self-esteem and confidence. Among adults, body satisfaction has been associated by overall life happiness, body shape and body weight.
Self-esteem is a measure of one’s sense of self-worth based on perceived success and achievements, as well as a perception of how much one is valued by peers, society and general.
Adolescence is a time of increasingly fluctuating self-esteem. Adolescents have
varying levels of self-esteem, which appears to be influenced by such factors as gender, ethnicity, and social class.
It can also vary within an individual an adolescent may have different levels of self-esteem in different domains such as social, scholastics, athletics, appearance, and general conduct and actions
Physical appearance has been shown the biggest predictors of an adolescent’s self-esteem.There is a strong correlation between teenagers who express dissatisfaction with their appearance and those who have low levels of self-esteem.
For adolescent girls particularly, the social pressures exerted about the perceived ideal body type can cause significant levels of dissatisfaction about their body.
Words have the power to heal or destroy. We have no idea what someone is going through. We can never know if someone is suffering in silence. This many times lead to self harm.
The results of low self-esteem can be temporary, but in serious cases can lead to various problems including depression, anorexia nervosa, delinquency, self-inflicted injuries and even suicide.
Also we have found that adolescent girls
have more body image dissatisfaction as compared to boys and positive body image will lead to higher levels of self-esteem and self-worth.
Since a large proportion of adolescents with negative body image and even with positive body image are found to be having psychological distress, plans should be made with school authorities regarding counselling sessions/ stress management
workshops to help with the same. We should conduct regular programmes to address issues like academic counselling, sex education, health education, self-acceptance and developing peer relationships.

No one should be judged on their looks. Let everyone be independent, idealistic, confident and kind instead of being empty headed, self obsessed clones.

Let the girls be Hermione's rather than Pancy Parkinson's.

People might stop admiring you but that doesn't mean your worthiness will decrease.
You are still an art .