Bodyshaming: Darker Side Of Self Acceptance! 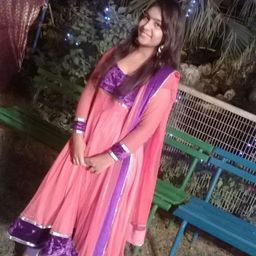 ‘Body shaming’ refers to the humiliation or judgmental comments someone passes to a person based on their body shape or size. From quite a long time, I have been noticing that people are against the concept of body shaming and coming up with the attitude of ‘accepting themselves’ which is adequate for the individuals who have no other option than accepting themselves and moving onto look forward in their life however have we ever flipped the coin and seen another aspect of it?

Due to the fast-moving lifestyle, junk food/ fast food has been more accessible and affordable too. Consequently, the nutrition levels are getting down, immunity levels are diminished and people are either gaining or losing loads of weight and therefore becoming the victim of body shaming! According to per insights, in India, there is certainly 5% of the population suffering from overweight issues and around 39% are malnourished and in this way underweight.

In 2019, body shaming has significantly contributed to an overall health decline, one reason being the ‘self-acceptance attitude’ people have evolved that they’ve accepted their lifestyle and would prefer not to improve.

My question is, are all of the above called ‘victims’ are really the victims? Is every one of them very vulnerable in keeping up their bodies? Aren’t we over criticizing the concept of body shaming? I believe YES, We are over criticizing! We were against the spread of social hate towards the physical appearance of a person but it unexpectedly impacted mankind. Body shaming and weight discrimination are misinformed approaches and aggravated the issue. Nowadays, people with genuine and uncontrollable issues are less than the ones who are just being lazy to be fit and at that point, you are increasingly inclined to the accompanying sicknesses:

Obesity: It’s the outcome of excessive consumption of calories than are burned by exercise and daily activities. After America, it is exponentially increasing in India now.

Diabetes: Anyone with overweight or who doesn't successfully be fit is bound to catch diabetes.

Orthopedic problems:Overweight and no activity is the main driver of orthopedic issues.

PCOD (to women): High-carbohydrate diet might increase the insulin levels that lead to a reduction in ovulation.

Issues to women during pregnancy: You may encounter diabetes or obesity in the future, also you may have a premature baby.

Cardiac related health problems: Overweight is connected with hypertension that builds heart-related risks.
and many more….

One can prevent weight-related medical problems through:

It’s imperative to understand why body-shaming isn’t entertained before you become the actual victim of it!