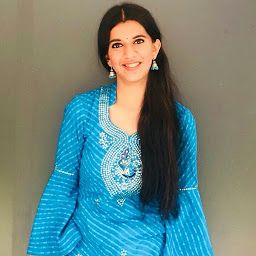 All our lives are based on the question of what next, our current state a prelude to the next step in future. When you are little, you are asked “what do you want to be when you grow up?” It was usually followed by a fantastical answer such as astronaut or singer, something that truly dreams were made of (no one dreams to be a CA or an agent). It seems that we are much clearer about our ultimate professions in childhood than we are now. Personally, I knew what I wanted to be in seventh grade, but I seem to be clueless right now.

It is so paradoxical, is it not? As we grow up and get to know the world we are about to step into, we become increasingly unsure of what we want. Suddenly are too many options that still won’t suffice. There are several professional paths that branch out into more parts and so on. It is a complicated nexus that we are afraid to venture into. I thought adult life would begin when I step into college, and a part of it did. In college, we study the subjects we like. So we think we would have it easy but the jokes on us. Suddenly the subjects that you liked so much sometimes seem a bit tiresome. College is an idealistic bubble where you learn stuff and discover your passion. You get into extra-curricular activities and often like them better than coursework.

But then comes D Day, and you graduate, with absolutely no clue about what you will do next. What next? It’s as if college years literally flew by and now you have to step into the real world, the big, bad world everyone lives in. You need to get a job, and it is at this precise moment that your childhood fantasies, which you swept under the bed and secretly marveled at, begin to die a slow death. They say do what you like, do what you are good at. But according to the society, it does not pay enough. I have wanted to be a writer since I was 12. But I was unceremoniously told by my father that writing is not a job, it’s a hobby, a side thing. It doesn’t pay up, so I should start UPSC coaching.

So when your parents tell you that music or art or debating wont fetch you money, won’t bring stability, like all good children, you believe them. It is at this precise moment that your great dream from childhood is killed. You submit to the monotony of the real world, becoming a victim of capitalism, a corporate slave, and all other fancy terms that are described in soul searching movies. You become that, what you actually feared, and even held in disdain, you become that.

There is no remedy for this, no salvation. Dreams are much like religion: they may seem somewhat unreal and mystical, but all you can do is have true faith. I acknowledge that all of us do not have the liberty to wander on adventurous life altering paths, but big dreams can be fulfilled in small ways. And it is okay to not know the answer to the question “what next?” It is never too late to figure out. Just think of what you like, what you really like: your favorite subject, one unique hobby you are somewhat good at or a great passion that drives you forward, anything, and pursue it without worrying about the end. There is always a place for every talent and desire out there. Just chose a path and walk it like a true believer, do not falter, do not leave yourself hanging between options. Do what you want with true efforts, because there is a cliché that says “where there is a will, there is a way”

The Psychology Of Dreams