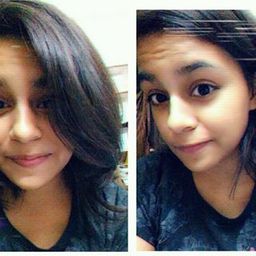 Every man in the world wants someone to connect with, a group of people to communicate to, and to be able to let their well wishers know the happenings and experiences of their life. Social media is one such platform which caters to the social needs of a man.

It provides a network that helps people from various parts of the world to come together and connect with their friends and families. In this developing society, being social and connected to people is an utmost requirement.

For better communication of thoughts and opinions, and expression of views over an issue, social media acts as a room for discussion. Events happening all over the world, decisions being taken, laws getting amended are all covered by and broadcasted on social web.

It enables one to be expressive, and helps bring out various platforms for artists to showcase their talents and skills.

Socialising is necessary in this era of digital world, not just for posting holiday pictures or status for birthday wishes but also for spreading awareness and helping people gain knowledge about the events happening around them.

Although, this entirely different media of communication is helpful in transforming the society and developing conservative mindsets, but as a coin has two opposite sides, it holds some negative aspects within it.

The downside of these social utilities is the inappropriate content they display and the addictive affinity users hold towards them.

With increasing trend of socialising and streamlining digital features, there is a note worthy increase in diverted youth communities spreading rumours and negatively influencing the youth of the nation.

Apart from these social networks, such as Facebook, Twitter, Instagram , Tumblr and many to count, we now have new applications with similar features- Snapchat, Tiktok and some beauty camera apps to name a few.

These applications own a different charm because of the extremely fascinating and interesting features they have. Unfortunately, now-a-days, such applications have become a mere source of competition ,bringing about a confluence of rivals in the disguise of friends and admirers competing with each other for who gets the most attractive pictures clicked, or who wears the most expensive attire, or who flaunts about his branded wardrobe.

Our country promotes democracy which gives a right to each citizen to express his/her opinions and speak openly over various topics, and social communication provides a platform for the same, hence posting pictures and videos is neither an offence nor an inappropriate act until it is decent in it's right. But the stumbling block is the racism and discrimination they promote, the mentality of differences they encourage. The beautifying features on these applications often called - filters, manipulate people to differentiate one another on the grounds of looks and physical appearances, neglecting their talents and skills. The ones with attractive looks and charming facial features are treated with more importance and priority and are ultimately followed by more and more people. It leads society to the path of racism and somehow degrades their mindsets. These applications and the newly updated features have become a trend but the pitfall of such trends is the harm they cause to the society and the ill thoughts they provoke. Some are giving ways to acts of nudity and vulgarity over the social networks which is also accesible to children, and some promote beauty to be the utmost or rather the core strength of the person, degrading the value of talents and intelligence.

From Behind The Filters