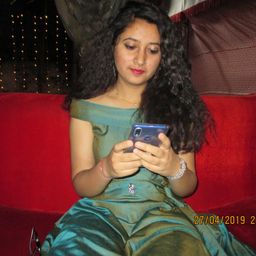 These days people speak a lot about women empowerment and how can I forget about the people’s favourite or the most trendy slogan i.e., “Beti padhao beti bachao”. But the question that I always asks to myself is that what’s the use of saving us or educating women if we aren’t safe after taking birth in this world from these so called animals, the one who can be found in every corner of the society, the one who call themselves a man, the man who don’t care about the happiness, the smile, the innocence ofeven the eight months old child. I don’t need to make you people aware from data which is increasing day by day. The data of rape victims, the data of acid attack victims, the data of domestic violence victims and many more victims who suppress their voice just for the sake of their family members. But what’s the use of that family if they don’t support you when you wanted them the most. If they shut your mouth just for their reputation in the society. I don’t think they might have any value in your life because you are not weak if you are determined to fight for yourself.

They say this world is changing so rapidly, with different gadgets in the market , every second there’s a change but why the mentality of people is still reserved, why they are narrow minded in this modern era? Why they still want the Sita who always has to qualify an Agnipariksha? Why people? Why?

So, I can’t expect anything because this is the country where her bangles are considered as her biggest weakness, where a girl is compared with a flower. The flower which is just pluck off because if its beauty, colour, fragrance and when it becomes useless then they don’t even take a second to throw it. I can’t expect anything from this country where the girl is sold in the name of marriage and considered as a product.

I can’t expect anything from the society where if something wrong happens with a women or a girl then this society don’t console the victim and their family rather they kill them with their beautiful taunts.

So, people I ask you again, are my clothes small or your mentality and I know some people would again blame clothes or some people would say every person is not the same but I’m not blaming everyone I’m blaming those who do and did that and if you are/were not then why this should bother you. And the mentality can be changed only if you understand the meaning of the small word “Consent” which means to grant permission to someone for something. People consider themselves as educated but when they are asked about the meaning of consent they don’t have an answer.

So, before judging me on the basis of my dress first let your mind know the meaning of consent then you could better understand that my clothes are small or your mentality.

Mens Fashion Paving Way For The Expression Of Female Identity