What Are The Things One Can Learn From Thanos? 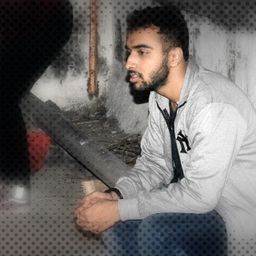 By the end of the Marvel movie: Avengers Endgame, marvel nailed the storyline and created a mark in hearts of all its fans about its two of the biggest superheroes: Captain America and Ironman. Though the movie had the best combinations of humour, action, emotion and full of joy moments where people ended up getting sympathised and attached to their favourite characters, here's the reason why Thanos has got my total respect after this movie and here are the things one can learn from the great supervillain, Thanos:

Whatever you do just be unstoppable

No matter the odds be, you just got one life, fight hard for it and get whatever you want, no matter whoever comes in the way be that unstoppable spirit who just cannot be broken down. There are so many Avengers and other superheroes trying to fight hard against the mad titan, the strongest one as well but it never seemed that he was alone. He was always in a dominative position and that is how a warrior should be. You may fail a lot many times, but never allow it to bring your confidence down. Just keep fighting!

Tired of fighting alone? Don't forget that you are the one man army

Though people in both the two armies were considered to be equally powerful when it comes to Avengers side, they all were smart enough to take decisions and act on it as well. While in case of Thanos, it was all him alone, he had to execute all the plans, he was betrayed by many of his own and he had to fight the hardest battle. But did this all stop him? No, because he knew that whatever be the case, he is still going to make it.

You should be selfless and always trying to serve the community. You should care for your people even if it comes to sacrifice yourself.

Thanos knew how powerful avengers were. He has been projected as a selfish mad titan. But I saw a totally different side of Thanos, he was fighting for his people. He was fighting to make this Universe a better place for living. Although his approach to achieve so was totally wrong but he never fought for himself to attain something. He knew using infinity stones will completely destroy him, but bring on the peace back to the world and that's why he was ready to fight Earth's mightiest heroes and risk everything even his life in order to do what he felt was right for the living existence and not himself.

Be a warrior, chase your dreams no matter what.

Either your dreams are too big to chase or your confidence is too small and you're easily satisfied by what you have. Thanos proved that dreaming big is not difficult but if you really want to make it happen, you have to give it a very tough fight. You have to make sacrifices and work super hard, you may keep failing and you may be disappointed by the people around you, but you never stop. Though endgame ended in Thanos losing to Avengers, but don't forget the beast won 14600005 times in all the other timelines. So in total, he is the winner, and it just didn't come on its own. It came out of sweat determination and super hard work.

Be humble, down to earth and self sufficient

Thanos used to extremely calm in all the situations, he wasn't tensed of anything. He knew perfectly what he is doing and never talked about his victories or triumphs. He can easily predict the outcomes of his actions and accordingly reacted. In endgame, we can see three of the strongest Avengers approaching to fight him for a death battle and it doesn't scare him to even a small amount. This purely shows self-confidence and understandability of a situation. His calm behaviour towards all this is just one of all the incredible traits which makes me a fan of this mad Titan Thanos.

Why You Should Definitely Watch Avengers:4

Take The Journey Even If It Means Alone.....