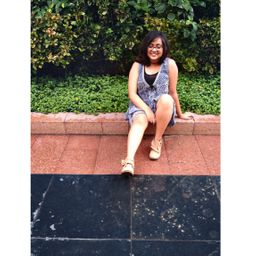 Endgame, as we all know was the most awaited and hyped upon phenomenon since the release of Infinity War, and some (like me) may have found the outcome a tad bit disappointing. The emotional setting of the movie gave into a more nuanced understanding of the characters’ personal demons, their inherent ability, or inability, to deal with large scale destructive scenarios.

Some deaths in Endgame classify themselves as a crack to the positive streak Marvel movies are generally known for, they turn it into something darker, more realistic and much like real life. Unlike the snap of the stones, these deaths are permanent and have no element of reversal, and particularly demand grief.

Gamora's death -- unlike Romanoff's-- has much more depth, explanation and 'justification’. Unsettling as it might have been it is not uncommon for fathers to kill their daughters for a cause greater than themselves (read: honor killings). The sacrificial execution gives us time to understand why Gamora had been so insistent about dying at the hands of her acclaimed 'beau’, rather than her father, causing their relationship to split open with painful necessity, showing us viewers the love Thanos had for his adopted, yet relatively favoured daughter. It is the first irreversible death in Infinity War, and is grieved over for a very short while since rest of the Guardians make a hasty exeunt from Thanos’s snap.

The second impactful death in the War was Vision's. Through all the Avenger's numerous efforts to keep Vision safe and contained from the hands of Thanos, the Mind stone is extracted twice from him, both with extreme agony both to the recipient and the viewers. Wanda sucessfully removes the Mind stone from his forehead overlooking, yet internalizing the painful shrieks that haunt her in the moment, and would probably do so forever, for killing the only other person she had learned to love apart from her brother.

You know, if you're about to tell me to look on the bright side - I'm about to hit you in the head with a peanut butter sandwich.

In the following movie, Avengers are confronted with a vile truth, the infinity stones have been destroyed and the faded ones cannot be resurrected. Some Avengers, like Steve Rogers, have taken it with progressing positivity, moving on is an option, unlike Thor, whose denial is paramount, and Natasha Romanoff who cannot quite live with the failure. We are made to understand the internal resistance she nurtures while stepping into Nick Fury's shoes, constantly trying to find a way, while grieving over the possible death of Barton. They find a way with Scott Lang's return from the Quantum Realm, originally assisted by a rat. Time travel is possible but with miles of unwritten consequences to follow, as Tony Stark, a family man now, fears.

Through their adventures of retrieving the stones, they incur one major casualty which is not grieved over for more than five minutes. Nathasha Romanoff has died, and is not martyred for a moment. Black Widow justifies her necessary death with her inability to live a 'normal’ life, making a family, specifically to have children since she had been sterilized during the training for her line of duty. This comes as a blow to us women, not being able to reproduce becomes a shortcoming one must live with, but since when does it make anyone less human? In Age of Ultron Romanoff tags herself a monster, in equation with Hulk, an actual scientific accident, since her ability to procreate is null, automatically implying that undomesticated women are some kind of abhorrence. Her self esteem is marginal, which Russo brothers have done absolutely nothing about, being one of the token female of the core Avengers since the beginning, in a group of men, her place of respect only comes from being exclusively non feminine.

Romanoff's death also has an angle of self destruction, particularly from the fact that she feels her value is lesser than that of every other Avenger, since they have a life out of the 'Avengers' to go back to and she has nothing, killing herself in a time that is not even hers. They spend all possible time waking just to find the relatively shortest ways of retrieving all six infinity stones. When the time comes to discuss location of Soul Stone, Nebula claims that Vormir was a

Dominion of death, thats where Thanos killed my sister.

Not for a moment does she give into the fact that 'soul' stone could 'claim' a soul, her whole demeanor screams reserved but never does she realise that withholding an information this crucial would cause a blunder.

Retrospectively, sending 'Nat and Clint' one of the closest duo, who possibly love each other from years before, is nothing short of a coincidence. None of the other pairs in the Avengers fit so well in the dynamic of sacrificing a soul in return for a Soul. In an ironical moment one can remember Captian's pep talk before all of them make the jump,

Five years ago we lost, all of us. Lost friends, lost family lost a part of outselves. We can bring that all back.

we now know that can never be true because one core Avenger will always remain dead, and she cannot be brought back. This would not be the time to blame Nebula, what she only did was, again, for the greater good.

Romanoff was one the most central character in this movie since her position of power changes, but has its downfall as well. She exists as the secondary character in almost all the marvel movies, having many more cameos than Nick Fury himself. Her sendoff is the cheapest shot the Russo's have taken yet, playing on the convenience that Barton and Romanoff are the only duo willing to die for each other exclusively. It's great the world is saved and we're again brimming with overpopulation but Black Widow's death was left hanging because of the circumstances. Objectively, there should have been a small memorial, between the only people she called her family. It's understandable that Stark's death makes a sensationally emotional affair where everyone mourns, since he is Iron Man, as he so proudly claimed before making the snap. Romanoff, however deserving of respect, from her growth from a secret agent to the OG Avenger who does everything in her power to keep the group intact even during the Sokovia Accords, is also one who silently fades out of the screen to save the world, because deep within herself, she knows her worth is much less than her male counterpart, Barton.

Barton has a family to look forward to, his wife and kids, and she does not, brings somehow this implication that he deserves to live when a choice comes. Things like these make the better parts of the movie seem painfully drawn and inconsequencial.

The upcoming Black Widow movie is a few years too late in the making and there is no hope of the Russo's redemption, since the character's death is the single most incident the viewers will remember. It's hard to watch a movie knowing there isn't much to say about it because the character's current status is ‘Dead’.

This isn't an attack on the franchise since I myself have fanatically watched the movies, read significant number of the comics and idolised Black Widow, Captain Marvel, Miss Marvel and Rescue etc. But it's hurtful to see the uneven playing field on which they fight the generic villains while also battling the society's idea of what they should be, what they want to be and what their initial and final positions in this world are. Nothing comes easy being a superhero except it's much harder when one is a woman.