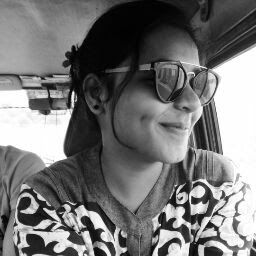 Are you someone who gets fascinated by the historical stories?! Did you ever get excited during your childhood after reading about those historical monuments in textbooks? If yes, then you are definitely a history buff. The mystery, the bravery, the tales of romance, the battles, and the strength, always had a great place in your heart.

India is a country with a lavish glorious past. The ancient monuments, majestic forts, and the impressive craftsmanship depict the rich culture and splendid heritage of India. The alluring architecture is a treat to the visitor’s eye. The mesmerizing view and the astounding historical story behind it always grasp your mind. The dramatic historical surroundings will always make you feel the utter beauty and peaceful atmosphere of that place.

While planning a trip, a traveller must definitely do research on the below-mentioned places. These are epitomes of the rich and glorious past of India. The bucket list consists of:

This fascinating fort made of red marbles and sandstone has a beautiful aura and surroundings. Agra Fort was built in 1565, during the Mughal Era in India, by King Akbar and many other rulers. It’s a great example of the incredible culture of India. Currently, the 3/4th part of the fort is under the Indian army for their activities, and only 1/4th part is open for the visitors. The exquisite architecture and the intriguing stories about the great rulers will surely capture your mind. Each corner of the fort depicts some dazzling tales of romance, strength, and bravery. The enormous Zenana Mina Bazar was also held here by King Akbar for all the ladies of the empire. There are some traditional examples of present technologies that will excite you the most. A beautiful view of the Taj Mahal can also be seen from the top of the fort. If you’re visiting this place for the first time, then a guide is a must.

This alluring beauty is one of the best historical places in India. It was discovered in 1819 by British officer John Smith. These rock-carved paintings are an epitome of amazing craftsmanship of India. The finest sculptures depict the beautiful Jataka tales. The caves display various stories about 3 religions Jainism, Brahmanism, and Buddhism. There are a total of 34 caves, 17 Hindu, 5 Jain, and 12 Buddhist caves. It has become a UNESCO World Heritage Sites.

We all have heard about the symbol of love, the Taj Mahal, which was created by a king for his queen. But there is another symbol of love, which was built by a queen for her king. This massive structure was built by Queen Udayamati for her husband, King Bhimdev Solanki. Rani Ka Vav is one of the best historical places that has remained unexplored until time. This beautiful construction is situated at the banks of Saraswati River and is known as Stepwell Of Love. This magnificent architecture was established in the 11th century in inverted temple architecture. It has stairs up to 7 levels and is 24 meters deep.

This intrinsic architecture was built by Maharaja Sawai Pratap Singh, in the year 1799. This structure was built in the shape of a crown because the king was a great devotee of Lord Krishna. The Palace Of Winds is made of pink and red sandstone. It consists of 953 fancy windows called the ‘jharokhas’. It is said; that this palace was mainly built for the royal ladies to look outside because of the ‘purdah’ system.

This captivating fort is situated 11kms from Jaipur, in Amer. It was built by red marble and sandstone. Amer Fort is situated on top of a hill, Cheel Ka Teela. The stunning artistic view can easily grasp your mind. The enthralling architecture tells about its luxurious glory and past. If you are visiting this place for the first time, then a guide is must.

Dive Into The Historic Era!

It wasn’t easy to mention all the fascinating tales in here, but I have tried to make justice to all the places that I have mentioned. If you are someone who gets charmed by the historical facts of the bygone era, then you must definitely visit these places.