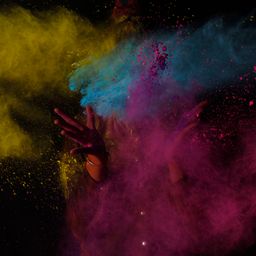 India is known for its rich culture and heritage. It is also famous for its beautiful architecture. India is home to a place where you will find the most heavenly architecture in the whole world. One of the greatest dynasties in the history of India and the world, the Mughal empire was founded here. A place where a tribute is paid to true love. Agra is that city. Agra is one of the most visited cities in India by tourists.

The magnificent architecture left behind by the Mughals, made Agra, a popular tourist destination. people from across the world come to see the alluring Taj Mahal, a sign of true love, to roam around the city, to take a tour of forts and tombs, relish the Indian delicacies.

Let’s take a look around the city and find the famous tourist attractions and what all you can do in the city.

How to reach the city?

It is not a palace or a fort, but a mausoleum made of white marble is a symbol of true love. Shah Jahan constructed this magnificent architecture in the memory of his beloved wife Mumtaz Mahal. The monument incorporates both Persian and Mughal architecture in it. You will find the white marble is filled with small and intricate patterns, multiple verses from the Quran is written on the ivory marble in the interiors of the monument. It is decorated with precious and semi-precious gemstones in the inside. The main dome area is surrounded by 4 minarets which have the same intricate work. Also, you will find well-maintained gardens on the premises.

Taj Mahal is one of the seven wonders in the world and UNESCO world heritage site. It is the most visited tourist spot in India. The best time to visit and see the real beauty is during the sunrise in the morning between 6-8 am. If by any chance you happen to be in the city on a full moon day, then make sure you visit the Taj Mahal at night to see the true, pure scenic view of it. The weather is very pleasant at that time and you can see the sunrise from there. It is open to the public all days of the week except Fridays.

One more example of the grand architecture built by the Mughals. Made of red sandstone, it is also called red fort. Agra Fort was the main residence of the Mughal family back in time after they shifted their capital from Delhi to Agra. Inside the fort, there are many palaces located, each of which is unique from one another. When you are inside the fort compound you can tour, Sheesh Mahal (Mirror Palace), Diwan-e-aam (Hall of the general audience), Jahangir Palace, etc. you will also come across two mosques built during Aurangzeb period – Moti Masjid and Nagina Masjid. These mosques are very beautifully intricate.

In the present time, some of the sections of the fort are under army supervision and the rest of the fort is open for the public to visit and see the grandeur history and architecture of the Mughals. When you visit the fort, you can see a glimpse of Taj Mahal from the fortress. While visiting, make sure to carry a lot of water bottles with you as you have to walk a lot.

It is known for its Indo-Mughal architecture. This red sandstone monument is very well maintained and preserved by the authorities making it a famous tourist spot. Apart from walking in the lush green gardens situated in the fort and looking around the intricate motifs carved on the walls, on the big gateways made in the fort, you can visit Akbar’s tomb which is situated inside the Sikandra fort.

Situated inside the Sikandra fort, it is one of the reasons for tourists to visit Sikandra. Akbar’s tomb is surrounded by high walls and it is made of marble. The atmosphere over there is very calm and silent. The walls are intricately carved with different geometric shapes, floral patterns, etc.

When you see other monuments, you will see most of them are in sandstone except Taj Mahal and this one. It is also referred to as “Baby Taj” due to the way it looks. The interiors and exteriors decorations and carvings look mostly the way it is on Taj. Itmad-ud-daula is Nur Jahan’s father’s tomb and many of her relatives are buried here which is located on the banks of the river Yamuna. Nur Jahan was the wife of Mughal Emperor Jahangir.

If you are a nature lover, then you must visit Mehtab Bagh. Located on the grounds of the Taj Mahal, it is situated opposite the Taj Mahal. Mehtab Bagh is the best viewing point to see Taj. It was built before the Taj was built. You can see the beautiful sunrise and sunset from there. You will find a different variety of plants and flowers planted in the garden. It will be a pure delight for the nature lover to visit it.

Wildlife SOS is an organization working for the betterment of wildlife. This organization rescues animals from the places where they are ill-treated and try to provide them a natural habitat for living. This organization initially started rescuing bears from the circus, later on, they also rescued other animals. If you are an animal lover, you will love this place.

Apart from taking a tour of the city, you can also go to this historic city which played an important role during Mughal rule. Fatehpur Sikri was built by Akbar as a tribute to Saint Salim Chishti. It is a classic combination of Hindu, Muslim and Persian architecture. The city once had been the capital of Mughal dynasty but later it was changed to Agra. You can visit Buland Darwaja which is the tallest gate in the world along with some other monuments and the shrine of Salim Chishti. It is declared as a world heritage site by UNESCO in 1986.

Also known as the Pearl Mosque, it is located inside the Red Fort, Agra. It is the most beautiful mosque in Agra. When the sun shines brightly, this white monument sparkles like pearls, that is why it is named Moti Masjid. The carvings and inscriptions carved on the walls will leave you spellbound. Also, there is a separate room for women to offer prayers.

If you are in Agra, go for street food and the local cuisine. Get your day start by eating jalebi, poori, and vegetable at Devi Lal. You can go and hang out at Sheroes. It is restaurant café run by acid attack survivors. They don’t charge on the food; it depends on you how much you pay. You can relish the street food in Sadar Bazaar. Don’t forget to try the famous dessert of Agra – Petha. You will find a lot of variety of Petha like angoori, Khas, chocolate, etc.

The best way to shop in Agra is to walk around the old area of the city. Go to Kinari Bazaar, Luhar Gali to find footwear, clothes, leather products. There is a vast market for leather products in Agra, so check that out. You can also go to Sadar Bazaar, Rajamandi, etc. to travel from one place to another, either go on e-rickshaw called tuk-tuk or a tricycle rickshaw.

Agra is a beautiful and breath-taking place. Be it the tourist spots or eating place, it provides the best to its tourist.

10 Historical Places To Visit In India

Top 7 Places For A Perfect Sunset View In India