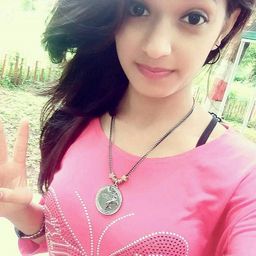 In spite of all that, in 1990, 50,000 people are self-proclaimed Satanists. Today there are 100,000 people who are proud Satanists. The growing popularity of this religion resulted in becoming socially acceptable in many countries abroad. Do you know that Satanists are eligible to apply for the Royal Navy, in the British Armed Forces? Want to know more?

Here are some interesting facts about Satanism which will just blow your mind:

1. Satanism Does Not Support or Encourage Violence
Yes, it is true. Despite the popular belief, Satanism does neither support, advocate nor promote violence. In fact, Satanism teaches its followers to focus on self, personal growth and free will.

Their belief is based on their own notion that as Satan revolted against God to be free of His tyranny so anyone can be who he or she wants to be, or do anything he or she wants to do, as long as it does not restrict anybody’s freedom or free will.

However, the only exception to this rule is when it comes to revenge. A Satanist is allowed to harm or destroy a person disrespects or attempts to harm him intentionally and without any reason.

2.Occult and Satanism Are Two Different Things
Online media and television have turned occult and Satanism into the same thing time and again. There’s a common belief that occult uses some symbols which are closely related to Satanism.

3.Satanists View Satan As Their Liberator
Satan is basically a heroic figure to his followers as he had fought against God to live His life freely, without any boundaries or restraints.

To mainstream Satanists Satan is just a metaphor or a symbol that stands for freedom from any kind of systems or orthodox religious beliefs.

Basically, Satanists are atheists. They do not feel afraid of living their life to the fullest, even ignoring all kinds of taboos. Both mind and body are equally important. There should not be any conflict between them.

4.There Are Different Types of Satanism
Satanism can be divided into several branches and sects. The most renowned and famous form of Satanism is Anton LaVey’s Church of Satan in Chicago.

There are several branches of this religion which are not so famous and popular as the Church Of Satan. Regardless of that, the many followers of the Left-Hand Path have managed to come up with various ways to express themselves.

The three main branches of Satanism are: a) LaVeyan Satanism, b) Theistic Satanism and c) Luciferians.

The Satanic Bible is basically consists of essays and thoughts of Anton LaVey. It is not a sacred scripture per se. LaVeyan Satanists consider it as an authoritative text but not every cult or branch of Satanists follows it.

Satanic Bible consists of four books: The Book of Satan which has its own ideas of the Ten Commandments and the Golden Rule. The Book of Lucifer instructs Satanists about how they should live their lives. The Book of Belial is all about rituals and magic. The Book of Leviathan contains the four invocations of Satan and the nineteen Enochian keys.