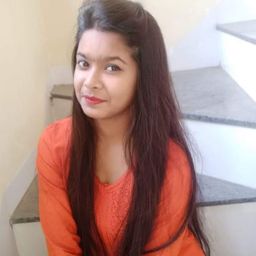 The people from around the world are intrigued with its really mythic lifestyle. Its a stunning paradox of hope and chaos, magic and madness. Streets of this city witnesses abundance of three things – bars, engineers and entrepreneurs. The journey of turning to job creators from seekers of many networking groups glimpse out from the little discussions which are being carried out in the coffee shops over here.

India's startup ecosystem has seen phenomenal growth in investments till date. Bangalore has the third highest number of tech startups among global cities. Advanced tech startups – those working on artificial intelligence (AI), analytics, augmented reality/virtual reality, blockchain and IOT have seen growth year-on-year. The city's infrastructure has attracted many multinational corporations to place their headquarters in the city. The list includes many tech giants like Amazon and Uber, infotech businesses like Cognizant, Texas Instruments, Wipro, Microsoft, SAP LABS, Accenture and Infosys. The Indian Space Research Organization (ISRO), one of the top national space agencies in the world is headquartered in the city. “Mobility is another big lever, India has completely leapfrogged from the stage of no phones to mobile phones with 4G and soon 5G so suddenly there’s a very robust infrastructure for a lot of data companies to flourish,” Tiwari says.

Apart from being a tech hub this city is also known for the beautiful lakes, parks, and pleasant weather, it is after the dark that this city comes to its full-fledged self, where joy and music hang in the air like a sweet aroma best nightclubs, microbreweries and much more. The nightlife in Bangalore is considered to be the best. The clubs is here make you fly high with every tantalizing beat. The city is all about letting your hair down, meeting new people, and making lots of memories.

Bangalore is also known as the ‘Garden city of the South’. Bangalore is blessed with green spaces, world-class sights, quirky cafes, and amazing dining experiences with a year-round balmy climate. It strikes a perfect balance between party life and soul searching vibes.Its an incubator for creativity and industry. This city is an incredible combination of tech and tales which enables it to stand as an epitome globally.