Did #Me Too Achieved Its Aim? 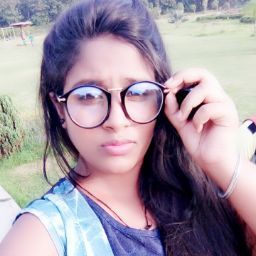 Male dominance has always been prevalent in our society where we worship Durga, Saraswati & Lakshmi, whereas on the other hand, a girl gets raped every day.

We come across many girls or women who were sexually harassed in their day-to-day life, even at their workplace. Women keep their mouths shut due to the fear of the ‘society’ and suppress their emotions, anger, and pain.

#MeToo is an initiative that is a progressive aspect of modern feminism. This has encouraged many women and girls to raise their voices.

#MeToo was originally started by a civil rights activist way back in 2006. Tarana Burke is the real face of this campaign. Burke originally coined the term “me too” while talking to a girl who revealed that she too, was being sexually harassed. #MeToo became a global phenomenon on October 15, 2017, with one tweet by Hollywood actress Alyssa Milano requesting victims to raise their voices and expose the bitter truth of the society and let others know that they are not alone.

In India, the moment started after Tanushree Dutta’s allegations against Nana Patekar. As said by Tanushree, Patekar molested her on the sets of a shoot, back in 2008. Due to social norms and ignorance, her voice went unheard and was not taken seriously.

After ten years since the incident, she brought up this issue to the public eye and a few days before that, she had said that she is about to come up with a movie dedicated to this movement. Let us hope there is more awareness and a willingness to listen to the victim as a result of this.