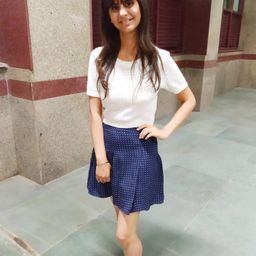 Within a short span of time, Korean Dramas, popularly known as K-Dramas have been proved to be a hit not only in Korea but also outside Korea like India, US etc. It's not only about the story or plot but also other stuff.

Here are the reasons why you should watch K-Drama:

The music played in K-Drama are always related to the scenes. Original soundtracks (OST) are often specially composed and played along with those scenes. Also, Even if you finish watching K-Drama, you can never forget this song. NEVER!

Amazing way of presenting the story

The way they present the story is something which is really good in these K-Dramas. You just cannot miss any episode and even can finish these in just a day. Yes, sometimes the story might not make any sense but it still can convince you to sit through all the episodes without thinking twice.

There are different types of shows. You can choose from romantic to comedy, from science fiction to Crime. It is hard to chose one and maybe that is the reason why fans come back to K-Dramas every time.

Such dramas not only focus on entertainment, but these are educational as well. These dramas will make you learn about their life of the Koreans by observing their day to day life, their cultural practices, traditions, values and norms.

Unlike Indian TV serials where the episodes are endless and their climax does not exist ( no offence ), K-Dramas have limited number of episodes which not only have amazing story plot but it's climax is also amazing which can never bore the audience. Also, there is more of a story rather than only dragging them.

The fashion in K-Dramas has definite trend appeal. Many outfits are amazing and promotes culture as well as fashion. Apart from clothes, their shoes and accessories are also trendy and nice.

This is one of the reasons why K-Dramas are hit and popular. The actors act naturally. Whatever they are doing, it looks natural and you can relate with them in some situations.Even if you see an actor in one show doing comedy stuff and the same actor had already done a show in which he is kinda strict and emotionless, it will look Pure.

Every K-Drama will inspire you in some or other way. Whether it's about a poor girl making her own way in the School of rich people or moving on from a situation that is extremely difficult to forget, These shows gives you hope in doing best in your life.

Has Your Heart K-Popped Yet?

5 Lessons "Boys Over Flowers" Taught Us !