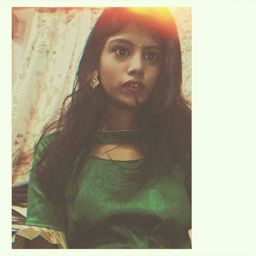 Rape is the scariest word. It is a terrifying and vicious thing someone could do. According to section 375 of the Indian Penal Code, rape means unlawful intercourse done by a man with a woman without her valid consent. Someone physically imposing on yourself is the most blood-curdling thing. Even thinking about it for a second gives jitters. I wonder how many girls/women are victims of this rape. Ethically, I think they should be known as survivors instead.

We all know that India is not a safe place for women. We see hundreds of crime happening against women. Daily at least 5 rapes happen in a day and this has increased comparingly to previous years, out of which almost 62℅ are unreported rape cases in India.

Rape doesn't happen because of clothes, age, religion or any other kind of factor. It only because of cruel man-eaters.

Rape isn't particularly any age group. Marital rape, child rape, sexual assault, rape. Lately, it is been intensifying with minor girls which is more monstrous. Seriously, Rape on 9 months baby, Rape on 8 years kid, rape on a 10th class kid. What is going on? They are kids man. They don't even know the meaning of rape and they get to face such a cruel thing at such a small age.

We as women live in fear every minute of our life at every place cab, train, office, shopping mall. We are scared for our lives every second. And most importantly rape can happen to anyone irrespective of age. It's not your mistake in any way. It's not the length of your clothes or your appearance that rape happens.

No wonder why parents never wanna send women out alone or even if she went alone they are worried every second. After all, these bizarre things happening around no one is safe right from just born baby girl to old women.

The day women can walk freely on the roads at night, that day we can say that India has achieved its independence. — Mahatma Gandhi

Rape is not bound to any class, religion, illiteracy or persons. I can say that. Even the most literate men rape women. They just don't become known as other cases. But, movements like “me too” make victims like that come out. It gives strength to other women to come out and share their story because the biggest celebrity is doing so.

It Is Rape And Not *Non Consensual Sex*