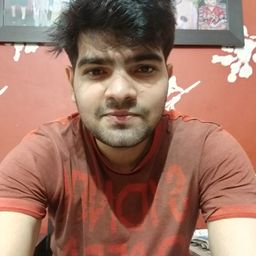 Developed in 1639 by the fifth Mughal Emperor Shah Jahan as the castle of his invigorated capital Shahjahanabad, the Red Fort is named for its monstrous encasing dividers of red sandstone. Consistently on the Independence day of India (15 August), the Prime Minister raises the Indian "tricolor banner" at the principle door of the fortification and conveys a broadly communicated discourse from its bulwarks.

Sovereign Shah Jahan dispatched development of the Red Fort on 12 May 1638, when he chose to move his capital from Agra to Delhi. Initially red and white, the Shah's most loved colours,its configuration is credited to engineer Ustad Ahmad Lahouri, who additionally built the Taj Mahal. The post lies along the Yamuna River, which nourished the canals encompassing the majority of the dividers.

The Red Fort has a zone of 254.67 sections of land encased by 2.41 kilometers of protective walls, punctuated by turrets and bastions and changing in range from 18 meters on the waterway side to 33 meters on the city side. The fortress is octagonal, with the north-south hub longer than the east-west hub. The marble, flower enhancements and twofold vaults in the stronghold's structures epitomize later Mughal design.

There are many manjor structure present in it:

If one has to visit something artistic and majestic,then there is no better place than The Red Fort.