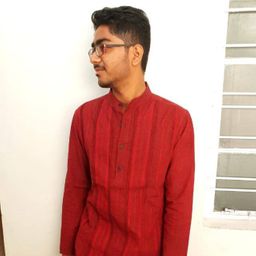 When was the last time you used trignometry,or basic science principles that were taught to you, I bet that it would not have been after your 12 boards or say JEE or NEET.Imagine if your parents said that you have the free pass of doing whatever you want instead of learning boring maths or attending the hectic schedules of your respective classes,roam free or open up a food stall for say if that's what you like would you have really gone for it knowing all the hardships that it would follow on your path deep inside we all know that we would'nt,because as hectic it sounds but still it is important just as having a uptodate and precise knowledge of sex.Acess to disesase free, protected and healthy sex is everyone's right.

Sex is a natural part of life it happens at a certain point in almost everyone's life whether we have an education of it or not.But imagine if you had a knowledge about what you were exactly doing would'nt that be great? we would know about the after parts that follow after sex, the change in behaviour, feeling insecurity, having a feeling of maybe love? knowing all these would be pretty good right?

Sex is a fundamental part of being a human.Every human has a sense of certain attraction,be it towards same sex or opposite or even both we all at some point do wanna have sex. So having a good knowledge of sex if must atleast that's what I beleive and I bet that most of you will agree with me.

In India still education about sex is still low.People still consider talking about sex an offensive thing in India, our elders still discourage us to learn about sex, talk about it is still not taken in a positive way.Stats in India show that One in fourIndian women (26.8%) is married before 18, and 7.8% of women aged 15 to 19 are pregnant or mothers, according to the latest available 2015-16National Family Health Survey (NFHS)-4data.As a result, 33.6% of India’s population is born of adolescent pregnancies; delaying the onset ofchild bearingcould reduce India’s projected 2050 population of 1.7 billion by 25.1%, according to a 2013 United Nation Population Fundreview.

People mostly teens should be extensively educated on sex education the above mentioned stats is the clear indication of this.People having knowledge about how to use condoms could reduce abortion rates,avoid stress in teens regarding problems about pregnancy.Students should be formally educated in schools as it will be the best platform to do so.To not make it boring some visualised documentaries,or even some shows like the current "sex education" may also be shown to educate the students.

Being educated about an important and a necessary process like sex is not only important but also must to avoid various sexually transmitted diseases, unwanted pregrancies,mental disorders and live a better and a happy prosperous life.

Why Is Sex Such A Taboo In India?