The Biased Behaviour Of Indian Media 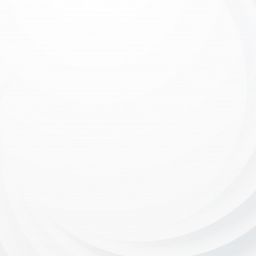 In india, media is considered as a religion, is accepted by all be it rich or poor, educated or uneducated, as their only source of information. On one hand where it is playing a vital role in creating awareness, on the other hand, it is being widely criticized for its biased nature. If you ask me, then YES! Indian media is surely biased towards those in power and the elites of the society.

Media has immense power. It has the power to shape the minds of its viewers in whichever way it wants to. One of the most significant reason of why media has such power is that large section of our country is illiterate and is far away from the knowledge of economic, political and social issues prevailing in the country. This thing tempts political parties, global companies, and even regulatory institutions to use media as a powerful weapon to attract the public's attention towards certain topics.

There are several instances in the past which are worth mentioning to prove my point. In the previous year, there was a huge outburst over singer Sonu Nigam tweet over usage of loud speakers for azaan. He never criticized the religion as such, he only criticized usage of loud speakers. He even said he was against the usage of loudspeakers in gurudwaras and temples. But the media completely turned it up against him. There was mullavas issuing fatwas against Sonu Nigam.

The Kashmiri stone pelters are always misleaded according to our biased Indian media, but no one bats an eye regarding the sufferings of our jawans due to the mislead youths in Kashmir. When Gautam Gambhir spoke in support of our jawans suffering in Kashmir, he was labelled as a 'Failed' cricketer of our country. But when Khanaiya Kumar and Umar Khalid issue sedition statements, it was labelled as freedom of speech and opinions. Not only this, people's minds are being diverted from issues of rape, thefts and are shaped in such a way that they are made to argument between their religions(eg - Kathua Rape Case).

And in the end, India has become a country where people still don't have any clue of economic and political functionings but still enjoy debating on these topics, where people have sensitised so much towards minor religious matters that the country is experiencing riots and conflicts, where rapes and murders don't matter anymore but killing of cows do and this situation has no cure unless our media improves it's vision.