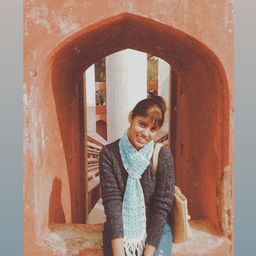 It is the fourth largest city located in the north-western of Rajasthan in India. The city celebrates its foundation day on Akshaya Tritiya by flying kites and eating special Rajasthani food that includes Bajre Ka Khichda and Tamarind Water among other snacks. People can be seen flying kites during these two days right from the early morning at 5-6am till late sunset. Bikaner is situated in the middle of the Thar Desert and has a hot semi-arid climate with very little rainfall and extreme temperatures. In summer, temperatures can exceed 45 °C, and during the winter, they may dip below freezing. Best time to visit this place is between the months of October to mid- December.

Worried about how to reach there? Though Bikaner does not have its own airport, the closest airport will be the Jodhpur Airport, which is 251 kilometers away from the city. Some nearest cities which have a direct flight from Jodhpur Airport are Delhi, Bengaluru, Kolkata, Hyderabad, Lucknow, Mumbai, Pune, Goa, Indore, Guwahati, Ahmadabad, Jammu and  Chennai. The airport also have flights from major international sectors like Chicago, Los Angeles, London, Paris, New York, San Francisco, Frankfurt, Amsterdam, Bangkok, Singapore, Hong Kong and Zurich. Bikaner is well-connected with plenty of bus services. Depending upon your budget and the time taken to travel from one city to another, you can choose a particular bus service that ranges from the premium coaches like Volvo, luxury, air-conditioned, non-air-conditioned and deluxe buses to other state-owned government buses. In case you plan to take an overnight journey to Bikaner, it is advisable that you opt for a sleeper coach for a comfortable journey. A lot of inter-city buses also connect Bikaner with its neighboring cities. Most popular routes that operate from Bikaner are for Delhi, Ganganagar, Pali, Jodhpur, Agra, Ajmer, Ahmadabad, Jaipur, Jhunjhunu, Jaisalmer, Udaipur and Kota. Bikaner has two railheads- Bikaner Junction and Lalgarh Railway Station. Both the stations are approximately 6 kilometers away from each other and are located within the city, a reason why, train is widely preferred by most of the travellers. Bikaner has a proper and well-linked rail system that is connected to most of the Indian cities like Delhi (via Rajasthan Sampark Kranti Express Slip and Delhi Sarai Rohilla - Bikaner Intercity Express), Jodhpur (via Kalka Barmer Chandigarh Express), Punjab (via Adi Jat Express), Hyderabad (via Secunderabad Bikaner Express), Ahmadabad (via Jammu Tawi - Ahmadabad Express) Mumbai, Kolkata, Guwahati, Thiruvananthapuram and other cities. However, the two most common trains that operate daily and are linked to major cities’ railheads are Bikaner Express and Bikaner Mail. Other train routes are Suratgarh Junction-Jaipur Junction Passenger, Hanumangarh - Kota Special, Abohar Jodhpur passenger, Shri GangaNagar - Surat Special (Weekly) and Haridwar-Barmer Link Express. Also backed by a wide network of roads, you can opt for a comfortable road trip to Bikaner. Popular national and state highways like NH 11, 15 and 89 link Bikaner with other major Indian cities and metros. It takes approximately 4 hours (251 kilometers) to reach Bikaner from Jodhpur and 6 hours from New Delhi (approximately 445 kilometers).

If you wish to go to historical places, Junagarh Fort is an impregnable bastion that holds the distinction of having never been captured. The fort complex houses some magnificent palaces constructed in red sandstone and marble and visitors can feast their eyes on an attractive assortment of courtyards, balconies, kiosks and windows. The National Research Centre on Camel is 8 kilometers from the city. This camel research and breeding centre is the only one of its kind in Asia. The centre is spread out over 2000 acres of semi-arid land and is managed by the Government of India. The other things you can do there, taste food made from camel milk like ice creams, visiting shop for souvenirs and one of the best that you can enjoy camel riding. It is aptly known as “camel country” as well as having its unique temple “Karni Mata Mandir”- Rats Temple! You can go to Lalgarh Palace for its oriental fantasy by blending Rajputana, Islamic and European architecture and visiting 4th largest private library in the world over there. Bikaner has several aristocratic homes, the most famous cluster being the Rampuria Group of Havelis. Built of dulmera (red) stone, every aspect of the havelis – jharokhas (casements), entrances, latticed windows, divankhanas, gumaharias or basements – is simply exotic. These massive havelis are decorated with golden work of the highest quality. The paintings on golf leaves are excellent. You can enjoy nearby cuisines also. With a blend of red sandstone and white marble used in the construction, the three-storied Jain Temple stands unique and commands admiration. The mirror work in the temple is unique as well. You can do shopping there and try cuisines also. Since, Bikaner is within close proximity to the great Thar Desert, taking a safari is the obvious things to do. There are jeeps and camels available for the sand dune safari. You can choose the duration of the safari, even the option to camp amidst desert and witness folk dance and music is also made available here. Depending upon the duration of the safari, you can see several destinations like Raisar, Khichan, Balakaya Dhora and Phlodi.

You can amuse to its utmost! In short.