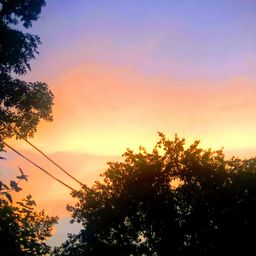 The superiority of one race over another often results in favouritism and discrimination among people based on their ethnicity and class. Basically our brain process only those faces which are quite relatable and analogous due to which we use to disassemble alike faces. This is what we call cross race effect which is our ability to discriminate faces from familiar one and how accurate we are in envisioning our potent to discover the distinctions between own-race and other-race faces.

Skin, color, language, customs, place of birth, and other factors presumedly demonstrate the basic nature of that person. Racism among Western groups such as Asians, Africans, and others has had more prominent effect on history and it can be experienced by people in a variety of different ways. Stereotyping is one of the way to promote racism which involves replanting same characteristics to all members of a group, inattentive to individual differences. It is like some directives has been imposed on a set of people who are distinct and unsophisticated.

Racism is deceptive, historically pervasive, and sentimental fact of every section of the world. Racial profiling is defined as any action undertaken for reasons of safety, security or public protection that relies on stereotypes about color, race, ethnicity, ancestry, and place of origin rather than on reasonable suspicion, to single out an individual to different treatment or greater scrutiny. Another most common ways to racialize people with unequal and disparate treatment is subtle and subversive discrimination in which racialized persons find themselves to be gravely blamed for a common mistake.

Prejudice and overt bias also appears as a form which gives field upgrading to the racial discrimination. Because of overt prejudice there arises negative feelings about a racialized group such as by being refused a job or apartment. Racial bullying targets a group which has been trivialized because of certain characteristics such as immigration status, race, color, etc. This includes jokes regarding color or nation, personal attacks including assaults, being made to feel like you have to change how you look, and much more.

That day I was crossing through the road having lump of garbage beside it nearby my flat. He was holding a half worn out book in his tiny dreamy hands. I walked to that 7-8 years old slum boy and asked, " What is your nice name sweet boy?". "Sahil", he replied with a fright in his eyes. I asked if he want to read books I can provide him more and no replies from his side. He was just trying to ignore the things, another guy older than Sahil came from behind and said, " We are taught not to speak to anyone else other than our community, people find it inauspicious if they get touched or interacted by us". I sensed the soreness deep into his voice and moved on without uttering a single word. It is never been a good practice to discriminate someone based on their characteristics and attributes. Imagine being someone else and try to think the things taking their point of views, it will really help in minimising racial discrimination.