How To Travel Cheaper And Yet Hype 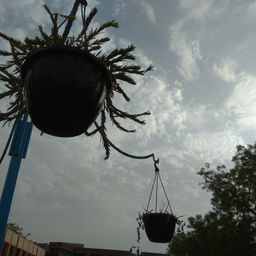 There is always a lumping thought about travelling without or with less money. No sooner than my friend asked me out recently to let's travel away the home city that I got shaken up for how could that be a possibility when I am almost broke at my bank account. But the plunder to sustain and thrive an adventure remained positively intact in my consciousness.

If you have less money and still want to make most our of your travel then let's explore how could travelling cheaper be possibly a practical scenario.

Tip number 01: Know what you need not what you want

Let's understand what it really means.

If you already got lots of clothes but still think to buy more because of either you have fed up with them or you think you need to buy more trendy and touristy clothes then it is your want. But what in the wave of wanting something one forgets is that there is always a corner for adapting what one want. It is where need comes along the way. Rather than buying new clothes and spending money on it, one could also improvise the already-got clothes and mould it according to their want. Oh well, I have ended up cutting my jeans so that I could enjoy wearing shorts in a beach and hence I was able to save money for buying new shorts. Because, why not, travel cheaper is cutting down on expenses and finding value while affording what you want.

If you fancy travelling overseas but wondering how to raise enough funds for yourself then it might surprise you one could actually make it possible even when you think you got less money for it. What it means is that there are several options one can choose to raise money in the foreign country itself.

Lets see how! There are always busy families up there who could not afford to engage their children or infants while working and are dependent on caregivers who could babysit their children in exchange to some bucks. It may sound wonderful to those who loves kids and would want to raise money by doing these jobs.

Apart from this, there are many professions which are always on demand since people don't stick to these jobs for long: bartender, waiter/waitress, casino worker, farm worker are few of them to name to.

Tip number 03: Make your own meals

This may sound sloggish when you are on your tour wanting to have some fancy dishes by great chefs but what you are going to trade it with is the feeling of self-reliance and the idea of feeling cultural dish by making it rather than mere eating it. If you are staying at a guesthouse or hostels you probably will get an easy access to stove but if there is no stove available then remember not all meals require a stove right? So hurry and pack your food boxes with salads and enjoy it while you are on the go.

There are numerous apps about socialising where one could make friends online. If the idea of making friends from your tour destination fancy you then you could consider it as a reliable option. By making friends you not only get to know about the place which cancels on paying to tour guides but if things get well-vibed between you guys then you could be provided a shelter at their home which also cancels on your staying bills right?

With few bits of these tips one can actually break away with travelling costly and might save huge sum of money. Travelling cheaper isn't just a myth, it is practical follow-up of these tips that will get you crazy to travel more and more.

Why Should You Go Backpacking?