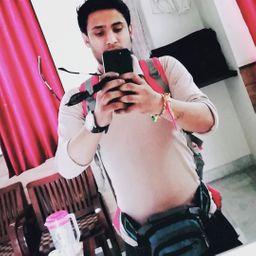 We’re not likely to forget that money is a necessity. It enables us to have the basics of what we need to survive. Money took birth to bring an end to the barter system. Money was introduced by mankind to bring about uniformity in the yardstick required to value items for the purpose of exchanges.

It’s a simple psychological process: you have the basics (shelter, food, clothes) and are fairly happy. You become wealthier, and you enjoy the extra luxuries very much for a few months. But then it becomes your new “normal.” Now, surrounded by wealthier people, you look around, and you feel unhappy. They have more than you. You want more. But when you get more, you’re unhappy again. So, it becomes a loop.

Today people are running after money not because they want to live well but they just want to live better than their neighbour. Because money will provide them things to make them richer due to which money has gain such importance. However, running behind money becomes an endless run for people. Money came instead of barter just to simplify transactions rather it has complicated human life.

Money is just a process:

If we see into the history of money, money is a commercial process in place of barter system. In this modern era money has become an ultimate goal for people. I want you to remember money is not a goal to achieve, it is only an enabling process. Like if you want to buy food you need money in exchanging process, if you want to buy comfort you will need money but if you’re trying to buy life out of that then you will definitely fail. It doesn’t matter if you are a “lakhpati” or "Billionaire" or "Millionaire" you will still be after the same thing i.e. money. As you see there are billionaires who are still thinking how to have the next buck?

I think we are giving very much importance to economics and ignoring the other more important aspects. Today in this world where everything is understood on the basis of economics. Everybody in the society is behaving as an economist because it is the economic engine of the mind who is determining the nature of choices on the basis of money. People are focusing on the study choices which will fetch them more money. Even the marriages you see are contracted on the basis that if they divorce what will be the exchange of money. So everything is seen with lenses of money. For instance when we say “there is a big man in the town”. Does it mean he has a big brain or he has a big heart? No, it only says that he has big pocket. This is a very poor way to exist where people are not focusing how to live happily but paying attention to the money all the time.

So, don’t give so much importance to the level that it controls your life. See money as a small aspect of your life. Yes, money is very important in our life, no doubt, but at a certain level. Pay attention which brings smile to you and to others and bring the change to society where people don't discuss about money but life.