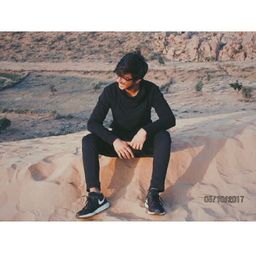 Bollywood has always been known for movies that just fulfil your wander-lust to an extent to which you might have already based one of your trips inspired from a movie. Be it a big budget Karan Johar movie with picturesque international locations or a passionate Imtiaz Ali movie which discovers local beautiful destinations there are innumerable movies that emphasise the appeal for travel.

Well, here are 5 movies that just tingle your expeditious senses :

Imtiaz ali is known for his unique scripts and a zealous approach towards how he goes about making his movies. Furthermore, as far as destinations are concerned he has his own selection of low-key and offbeat places. The cinematography effortlessly captures the essence of indian highways and the scenic views that lie along them. The destinations consist of the ever attractive Aru Valley, Jammu & Kashmir and the untouched natural beauty of another valley, Spiti, Himachal Pradesh. A major chunk of the movie is also shot in Punjab, from where the origins of indian highway truck drivers emerge. There is credit due to the whole directorial crew of Imtiaz Ali for making such a treat to a viewer’s eye.

Zoya Akhtar has always been fond of exquisite foreign locations and ‘Dil Dhadakne Do’ is just a specimen of how the ‘classy’ people of Delhi plan and execute their trips. The film was shot on a cruise ship which travelled through Spain, Turkey and Tunisia. The beautiful ocean in the background form an aesthetic view for the audience with these fantastic cities acting as the icing on the cake. More than the locations, it was the journey on the cruise that was fascinating to the viewers as it was a unique concept which had never been done before.

This classic might just be the pioneer of travel goals movies. Farhan Akhtar started a chain reaction of travel frenzy movies based on friendship and love. This Amir Khan, Saif Ali Khan and Akshaye Khanna starring blockbuster of the early 2000s got every guy gang planning a goa trip ( we know how successful that goes ). It would be safe to say that the #GoaTrip trend was started by this very depiction of 3 friends having the best time of their lives on the splendid beaches of Goa and has still been a dream trip for youngsters all around the country.

Oh these Akhtar siblings sure know how to instigate the audiences to travel don’t they? Zoya Akhtar with yet another masterpiece this time capturing the ethos of friendship in the purest way possible. 3 friends set off on a bachelor trip setting aside their differences of their respected lives to go on a road trip through the alluring roads and landscapes of Spain. Along with the amazing scenarios, the film also shows the different cultures and traditions of the vivacious country. The festivals on display were also eye catching and never to be seen before on the silver screen.

The film itself is a story about an ambitious young man who aspires to travel the whole world and work everywhere in every country he wishes and wants to. The first half of the movie is located in Gulmarg and is deemed as Manali, with the snow-capped mountains just stealing away your breathe. The second half caters to a destination wedding in Udaipur where a set of scenes explores the beauty of Rajasthan beyond just deserts. The portrayal of the characters and the element in which they are while they travel inspires a lot of other group of friends to plan a Manali trip together.

Special mention, plan your trip with www.makemytrip.com to get the best deals for hotel and flight bookings.