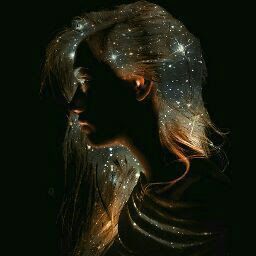 Language, as easily it is defined as ‘a tool used for communication’, in reality is not simple. Grammatically, language in itself is a science. It grows from roots, has its branches, forms a hybrid, takes new forms and has its own rules.

Language is a complex web of life, emotions, habits, culture and of course, gender. Thus, a life, on its own. Yet, the beauty of a language is gauged by the effect it has on its people.

“Words are more powerful than swords.”

True to the proverb, words do have an effect on people’s psychology. The reason why people speaking different languages perceive life differently is due to the nature of the words they use to define their experience.

If we think gender is only entitled to Kingdom Animalia and Plantae then we are bound to be wrong. Words have gender, three in fact and flow by the same. Such kind of gender is called grammatical gender. But when the opposites clash sparks fly.

Let’s go over a few examples.

In Spanish, keys are feminine. So, the people refer to them as little, intricate like they do with women. Doesn’t that sound cute?

On the other hand, in German, keys are masculine and the adjectives that are used with it are jagged, heavy, etc.,

Here, when a Spanish remembers a key, the person feels gentle and tender whereas a German thinking about one is bound to feel something intent and may be a little tough about the object in question.

Thus, the gender of a word can effect the feelings associated with it.

While men of the world celebrate beard as a symbol of masculinity, to the French, beard of their men is feminine. The irony, isn’t it?

When most of the world population thinks beards symbolise manliness and those characteristics associated with men, the French seem to feel differently towards the practice.

Can sweetness have gender as well? So it seems. While the Portuguese classify milk as masculine, the Spanish consider it to be feminine. So much for being the romantic languages they are.

Now, there goes the gender with food habits. While an entire nation is busy drinking milk for strength and valour another is quietly enjoying it with calmness and a sugar tooth.

As interesting as it seems, it has an adverse effect as well. The direct influence these nouns implicate on people’s mind goes a long way towards shaping a society and hence sexual equality. So, nouns that are partial to a gender might even prove bias towards a gender.

It is a scene of trepidation, where the uniqueness of language competes with the social stress it can potentially inflict. Henceforth, it is important to embrace the language while not falling pray to its influence. Or at the least we can try not to. Can’t we?

8 Steps Of Learning A Language