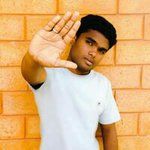 India is widely known for its culture, heritage and the lifestyle that it holds onto. In spite of being a country with the population of approximately around 1.37 billion, it has the core ideology imbibed in the people about the cultural importance and traditional values. Visiting from one place to other teaches the richness in the lifestyle that had been lived by the ancestral Indians and the importance that they had given for art and culture. One would be able to witness the role of art (architecture) in the history by visiting certain places that are existing now and holding the magnificence in them, such as Taj mahal (Uttar Pradesh), Amer fort (Rajasthan), Mahabalipuram (Tamilnadu).

An ivory-white mausoleum that lies on the southern bank of the river Yamuna, Agra. This was commissioned by the Mughal emperor, Shah Jahan as the memorial of his late wife Mumtaz Mahal in the year 1632 and completed in the year 1643. This structure remains as the symbol of love that Shah Jahan had for his wife, Mumtaz Mahal. This structure is the incorporation of the Mughal and Persian architecture. The tomb of Mumtaz Mahal is located in the middle of the Taj mahal along which is placed the tomb of Shah Jahan.

Constructed of sand stone and marble, this palace is surrounded by the cascade which helps the fort to receive the cool breeze in most of the seasons. This was founded by Raja Alan Singh and was expanded by Raja Man Singh and was fully completed by Jai Singh I. The structure is divided into 4 stages where the first courtyard is the step way leading to the palace to the right side of which is located the temple the goddess Sila Devi. The second courtyard was used as the public audience hall, where the king received the petitions of the audience. The third was the private quarters of the king, where the king along with his family members and attends were located. The fourth was courtyard where Royal family women including concubines and mistresses of the king lived.

Monuments that are present in this place dates back to 7th and 8th century and were built during the Pallava dynasty. The architectures are found in the chronological order of the kings of the Pallava dynasty. These constructions were initiated by the King Mahendravarman, who was the patron of arts. Did the construction not stop there but followed by the descendants of him such as Mamalla, Rajasimha and Nandivarman. These monuments are the fusion of culture and religion and are the expressions through rock or boulders on a grand scale integrating nature and sculpture.