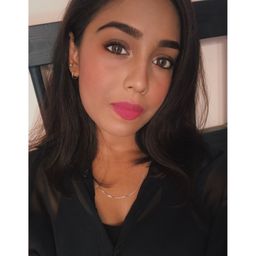 D epression... it just eats you up from the inside out. It’s like a monster inside your head that takes over. The worst thing is to know that my family and friends were doing all they could yet I still felt so lonely. Anything that was said to me, I managed to turn into a bad thing. I was literally my own worst enemy. I would come home and feel so exhausted from all of the voices in my head that I would just sleep to block it all out. I didn’t want to wake up because living was a nightmare. I felt sick with the fear of night time because that’s when the voices got even louder. I would get so frustrated because it seemed impossible to sleep, as if insomnia and depression go hand in hand.
I knew I needed help but asking for it just made me feel like a burden. I wanted to be free of meds, doctors, counsellors, hospitals and negative thoughts. I felt as if I had lost myself and wouldn’t ever be the same again. I had no motivation to do anything because I couldn't see a future for myself. Anxiety caused me to believe everyone was faking their love for me. ‘Cheer up’ was the worst thing anyone said to me. Those two words triggered thousands of horrible thoughts and I was beating myself up for not hiding how I felt well enough from everyone around me.
I wanted everyone to know how I felt but I didn’t dare tell them. Eventually I just isolated myself in my room because no contact with people meant nothing could go wrong, surely?
At the moment I rely on medication and I am grateful to have it because I know it has really helped me. At the same time, I balance the wish that I could be free of it with the fear that it might lead to a relapse.
The scariest thing about my whole recovery process is that the only person who can truly help me is me. I have learnt to change my thought processes and stop bullying myself, it's a habbit that's been hard to break but I know I've made some positive changes.
2018 was a rollercoaster ride and admittedly one with more lows than highs. After the death of my father .I feel I have been to hell and back but would I change what I have been through? If I was to be totally honest I don’t think I would. That doesn’t mean that depression is a good thing because it definitely isn’t, but I believe you must turn your negative experiences into positive ones if you can.
If I hadn't been through these things I wouldn’t have learnt that the most important thing in life is to be happy. I have now received all of my university offers to study football business and I can now see a future. I hope to build a career in something that I love, something that will make ME happy, not focusing on what others want from me.
If I was to give one piece of advice to others who are struggling, it would be not to suffer in silence. There are people out there who have been through everything that you are experiencing and have come out on the other side. In fact, their experiences have made them who they are today. It may seem impossible to overcome but believe me, you will get there.
You shouldn't feel guilty for feeling the way you do because depression is an illness like any other, it isn’t any more self centred than having a broken leg. I was always told to show myself the same respect and concern that I would show for others. We are so accepting of other parts of our bodies breaking, why can't we be that way about our minds too?

In order to cure it just be happy you your self is a doctor a psychologist no one can help you until and unless you don’t try your own ..

You are a hero a warrior a master be brave and fight this thing called depression.