Vampire Diaries, It Was Epic! 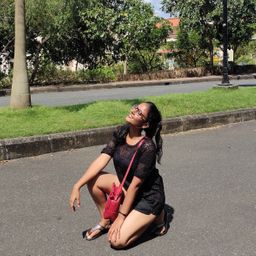 Almost a year back I finished one of the best series of all time called VAMPIRE DIARIES and I wrote this whole paragraph for it. And trust me if you haven't watched it yet, YOU HAVE TO THEN. I promise you won't regret. And after reading this whole article you would yourself want to watch this.

This is the most EPIC thing I have ever watched. I literally have no words to express how I really feel at this moment. I just finished it, just watched the last episode of it and for the whole episode my heart was paced, it was beating like hell because only one thought was on my mind that it's about to end, after this, I won't get any new episodes of these f*cking amazing series. I don't remember when was the last time I cried but while watching this I cried yes, unbelievable but I cried. Not only the ending but this whole series was something else. Like just AMAZING.

And a thing that I always do that after watching a movie or series I take a lesson but from this, there are innumerable lessons I can take like what friendship really means how sometimes we need to put our friends over our selfish reasons, Bonnie taught me this. She was fiercely loyal and selfless. Yes, sometimes it's difficult to do what our friends might ask us to do but if it means the world to them then do it without a second thought.

Alaric showed that the family was above all. Nothing else matters when the question is about your family.

Caroline, she deserves the world man, she has faced so much loss but still, she smiles like an angel. Her character development was unbelievable how from being an insecure, childish, cranky teenager to a mature, reasonable, confident woman she became. Her dire need of organizing everything, wanting everything to be perfect was a remarkable man!

Elena, she showed how compassion is above everything all. How loving people fiercely make you the strongest person. She taught that just because someone has gone from your life doesn't mean you to end your also you can live better than you lived before.

Stefan this man was the cherry on the top, without him this series would have never existed. One thing about him that I always admired was that he respects his girl's choice and opinions which always made me wonder then how much confident and proud he is of his girl. He showed that we all have two sides one is good and the other is bad and it is our choice to become whatever we want.

Damon being Stefan's big brother showed what sacrifice is, in the last episode he showed what loving someone really meant. Though he was misunderstood in the beginning, I always said that he had good intentions, it's just his action were unacceptable or bad which made everyone believe he was bad, well agreed sometime he did few actions in order to hurt others but sometimes we need the bad people to do the thing which was necessary but a good person couldn't do as he said once and I quote 'If you want to be bad, be bad for a reason.' He was sexy not just in his looks but in his personality too. Just AWESOME.

The couples I shipped the most in this whole series were of Delena and of bonenzo. Both were different but beautiful in their own way. Delena showed how being with the right person makes you feel alive than ever. How a relationship filled with passion and adventure is like. Doesn't matter how much you say that you are not good for each other or doesn't matter how much you fight you always find your way back to them simply because you are meant to be together. Because of their relationship Damon just became a new person his character development was remarkable, he showed that just because people perceive you as a bad person doesn't mean you really are a bad person but you just need to reveal that side of yours which was possible with the right person and finding the new layer within us and grow as a new person should be the goal of every relationship. He really was the right man for elena.

Then bonenzo damn. Their relation was just for like 2 seasons but they were goals man. The way Enzo loved Bonnie is exactly the way every girl wants to be loved. How much proud he was to have her, how he always supported her in her choices, how selfless he was when it comes to the love of his life, how he always pushed her to be the better version of herself, they really showed what in a relationship meant.

Both Delena and bonenzo were beautiful in their own way.

This series wasn't just a series, I have been watching this for almost two months and today when it is over I feel as if something I loved has ended but above that, I have a feeling of satisfaction that this happened, I watched this.

If someone ever asks me to name the series which I ABSOLUTELY LOVE only one thing would strike my mind that is VAMPIRE DIARIES.

I will never be able to get over from this series. Though there are other spin-offs of this still no other series can beat this. IT WAS MYSTIC.

4 Amazing Comedies To Binge On Netflix

Tv Series You Should Not Miss.

You Are A True Friend

Khushi B
Khushi B
50 views