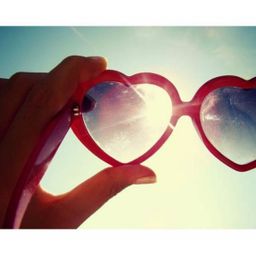 The month of August is filled with fun and frolic. Its the most awaited time of the year, in India and particularly in Hindu calendar it marks the beginning of holy month of Shravan (श्रावण/सावन). During this month nature plays hide and seek with us. There is unpredictable rainfall coupled with sweltering heat and cyclones with dry spells or if you are lucky sometimes all at one go.

In this holy month, people observe fast on Mondays , thursdays and saturday's. In Maharashtrian community, people refrain from eating meat for a month, it is so because during this time it's not safe for fishermen to procure fish. It is their time to spawn so we let them breed peacefully. Seas often roar mightily having gigantic high tides most of the day.

Another set of events which are the festivals lined up for entire month lets look at each of them .

Once upon a time a farmer while ploughing his field accidentally killed hatchlings , when the snake got to know about this it bit the farmer cursing him whenever any food is cooked on this day it'll turn into poison. Therefore many women in the household do not cut , chop ,grate or shred anything so the food is mostly steamed . Eg. modaks or idlis etc.

India achieved its freedom on 15th August 1947. This glorious day is celebrated by remembering national heroes who fought for her Independence from the British Raj. Every year tricolour flag is hoisted by Prime minister Narendra Modi at Red fort in the capital followed by a speech and Independence day parade by the valiant defence forces is witnessed by the entire country.

On this day fishermen or the coastal community thank the oceans as their livelihood depend on it. They offer gratitude for being kind and generous for taking care of their family. The next day is celebrated as Raksha Bandhan where a sister ties a secret thread on her brother's right wrist and in turn brother vows to protect her from any mishap or misfortune.

This is an auspicious day to mark the birth of Lord Krishna and signifies the triumph of good over evil. Lord Krishna killed an evil king Kans who broke havoc on earth . In Maharashtra Dahi Handi is played by the youth commonly called as govindas who form a pyramid like structure to reach the top and break the handi which is filled with cream and and dry fruits . Govindas are playful, naughty and mischievous which depict the nature of Lord Krishna.

Its a festival commonly celebrated in rural India where farmers are grateful for the service rendered by their livestock ( cows, ox ,buffalo) . They are their forever friends who help in ploughing feilds and are often dependent on them . On this day livestock is decorated with flowers and other ornaments which signifies their importance being an integral part of the farmer's family.

The month of shrawan is a time to rejoice , be grateful and thank nature for its infinite blessings .