Humanity At Its Worst. 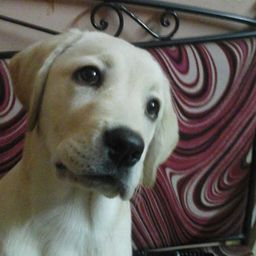 Humanity at its worst. Sad and shocking. 300 Nilgai shot dead. The forest department in Patna have hired professional shooters to shoot these poor four legged fellows as the farmers have lodged a complaint to the forest department that these creatures consumed the standing crops. We all must be knowing about the food chain since our childhood but I suppose the people of the forest department of patna have forgotten their old learnt lesson. These innocent herbivores arent as blessed as us humans and thus cannot provide for themselves sufficient food and water like we do, and so they live by plants. Different creatures have different characteristics and just because they destroyed the efforts of these farmers doesnt give us the right to destroy a whole damn part of their existence by such inhumane and ruthless acts. Shifting them to some other forest areas and providing the farmers some financial support could be an alternate which the people could choose. From celebrating a festival in denmark by killing numerous whales, turning the sea red to killing the nilgai's for consuming the greens, we humans have always failed to show our bit of humanity. The government can ofcourse not do their bit of standing strong against such ruthless acts as ofcourse corruption has become their perfect suitable synonym. Life of animals and women in general are getting unsafe and miserable day by day, just for men' own selfish needs. What the government or people in general is worried about ,is only power, position, money and fame. Things need to change. We need to change. Spread love, not hate. Be humane.

Farming🌾 Is A Profession Of Hope