Tale Of A Life 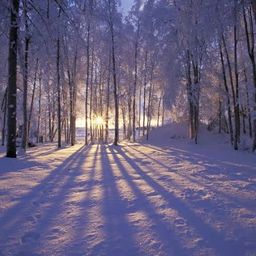 He was brushing his teeth when he thought of her, wondering what she would do at this time. Was she also standing in the washroom like her, brushing her teeth, or would she still be in bed? He had seen this girl yesterday, and he was not exactly smitten with her, but she had somehow ventured into his thoughts on that fateful day. He couldn't remember her name while he was getting ready, but he didn't think the name mattered.

He made his way to the hostel mess, taking a secluded seat. As much as he loved sitting with his friends, he couldn't do that today as he was in a hurry, already late, and in no mood to tolerate them. A fleeting thought made him question the place where she chose to sit every single day and if he was sitting near that place. Not having a lot of time to ponder, he pushed his thoughts away and quickly ate and left.

During the lectures, his concentration wavered, sometimes to the students infront of him or to the game on his phone. He often found himself in the thoughts of her. He thought of meeting her friends, but decided against it. He would probably be labelled a psycho if he went to them and so he stayed in his place, doodling, daydreaming and dozing.

Did she have her classes here anyday? He asked himself the question when he entered a lecture hall but his brain didn't give him any response.

During dinner, he thought of her while his friends chatted and he was asked if something was bugging him, but he politely said nothing did. Because his friends would never leave him if they knew of his fascination with the girl he came to know about only the day before yesterday.

When he was walking after food, he was unsure if she had frequented the paths he was talking today. But he knew his curiosity about her was never going to be satisfied, his questions always going to be left unanswered, not because he didn't have the confidence to approach her, but because...

She was gone.
Dead.
And there was no coming back.
He came to know of her only when her death was announced in the university and a holiday declared in mourning. He had seen her, her picture, yesterday when he had gone to pay his respect.

When he was finally going to sleep after hours of video games and web episodes, he thought to himself, of the life he knew nothing about until it was gone. And wondering about her was his own way of grieving.

Death could do that to you. Because death has the ability to bring two strangers, one dead and one alive, closer than they ever were in a lifetime.