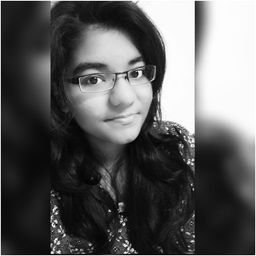 Racism, a six-letter word holds a lot of meanings in it. the word racism means discrimination against someone of a different race based on the belief that one’s own race is superior to the other. Depending upon the social behavior, the daily basis income, and the innate capacities of a person, the people of India are divided into distinct groups, from inferior till superior. If we take the historical examples, we come to know that racism was followed even in international countries. Isn’t that shocking enough! Taking historical examples: Apartheid, Holocaust regime in South Africa and Slavery in Latin America. Talking about racism in a legal sense, The UN does not define this word, but does define “Racial Discrimination”.

In India, the Indians have an obsession with the people of fair skin tone, which again brings in racism, as the people with dark skin tone are treated as “The Untouchables” and are put at the lowest level in the caste system, whereas the people with white skin tone are considered to be of a higher class. According to the Times of India, this obsession is mainly observed in Indian Women. The Constitution of India that has all the rules and regulations and the laws written into it, is meant to be followed by every citizen of India. The Constitution also mentions Article 15 which talks about no discrimination on any ground, but since this methodology is followed for years, it is still being continued.

The Racism in this 21st Century in India is being at its peak, due to the advertising agencies putting up racist advertisements on social media sites and putting up the hoardings. They try to create as much hype among the public that it creates an obsession among them, the industry taking care of every aspect of the culture. These agencies themselves put up an advertisement for various cosmetic brands that are being around for years and now have become the household names in India. In all of its advertisements, pop up showed how to cure the dark skin, thus, making women attracted to it, to look prettier and fairer. Recently I saw a video, where a girl was rejected for marriage due to her darker skin tone, so her relatives advised her to use a fairness cream for 4-5 weeks, within which she will become fair.

Another factor that increased Racism in the 21st Century in India is the adaption of western culture, which changed the people’s mindset, as the people started following the western attributes. Even a successful, well-known Bollywood actress, who has a foreign origin was welcomed with warm hands due to her fair complexion. But on the same hand, there is a positive direction to it, where the celebrities run campaigns like “Dark is Beautiful”, that is against this fairness obsession and letting people know that having fair skin is not always necessary, even the dark-skinned people look beautiful than those fair ones.

Thus, Racism has seen a huge growth in this 21st Century particularly in India, due to the hype created by these advertising industries that are vanishing the Indian mindset that is famous worldwide and are inserting western culture in their mind which is leading to such obsession for the fairer skin tone.