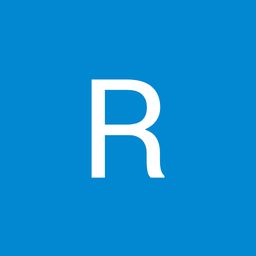 When we are kids our daily routine is sleeping, eating, playing and going to school. We are in our learning age at that time. Learning happens both at home and in school. So majorly all that we do in that phase of life is Learn. Generally we are taught good manners, ethics, etiquette, etc. Each and everyone gets different teachings depending on the environment and upbringing. Hence some may not understand the importance of respecting and treating others equally. They may enjoy to make fun of others. They are least bothered about how it affects that person. Racism means discrimination against someone of a different race based on the belief that one's own race is superior and so there is no harm in disrespecting the other.

Football is a sport which is gradually getting more and more popular all over the world. In India football is not as popular as it is in European countries. In Europe, football is played at an advanced level. There football has been played since ancient times and people have continued to discover different techniques to make the game more tricky and exciting, thereby taking it to a higher level. Their leagues and players are world famous because they are very interesting, engaging and advanced. It unites people from all over the world. They enjoy to come and support their teams, and celebrate together in huge numbers. Many people follow the European football more than their own domestic leagues. Consequently, footballers have become public figures globally. Many youngsters look up to them and follow each of their activities. Players from different parts of the world come to the European clubs and play for them, leaving behind their homes and family in the hope of forming a new family with the locals. A relationship of love and respect. But often what they expect is not what they get.

In Europe, we have already witnessed a progression of serious incidences of violence and disrespect. In Italy, the notorious fans of Lazio Rome taunted opposition players with racist chanting during their home game against Dinamo Bucharest. They have also racially abused and attacked Senegal's international star Dame N'Doye during a friendly match with Panathinaikos. Newcastle United supporters directed Islamophobic chants at Middlesbrough forward and Egyptian superstar Mido, who faced insulting references of being a terrorist and taunts like "Mido, he's got a bomb, you know". When Croatia played Bosnia and Herzegovina in Sarajevo, Croatian fans formed a human U symbol representing the fascist Ustase movement responsible for mass killings of Serbs, Jews and the Roma during the Second World War. Other incidences have been reported from Austria, Germany, Lithuania, Montenegro, the Russian Federation, Scotland, Serbia and Slovakia.

The idea of campaigning against racism in football has taken root in many European countries. Many professional football clubs, national associations and international federations, such as the Union of European Football Associations (UEFA) and the Federation Internationale de Football Association (FIFA), have spoken out against racism and taken firm disciplinary action against offenders. But we, as matured and educated humans should be compassionate and have control over our actions voluntarily and not out of compulsion.

In India professional football is slowly gaining ground. People of various religions and race live in India. Hence, here people’s views about others is not segregated based on religion or anything. Happily Indian football has not witnessed any serious racism and instances of footballers abusing other players are bare minimum. Racism is something which we have got to know from the European football. In Europe too people of different backgrounds do stay together. But many people there feel that Christianity and the white race are superior to all other.  And they are the ones who create spaces giving rise to racism. We know that European countries have been above India and many other countries in terms of standard of living, finance, and also education. The Blacks have had to face an unfair behaviour and have been discriminated quite often.

Here’s where the learning plays its part. Children are either forgetting the values taught to them as they grow up or they haven’t been taught. Children should be made to understand how it feels to be discriminated and what are its effects. It is the responsibility of the grownups to do so. They must first themselves understand and then, also explain it to the children. This will surely add on to the qualities of all the developed countries in Europe and will make Football more enjoyable. People will then unite more than before and in true sense football will bring together millions of people.