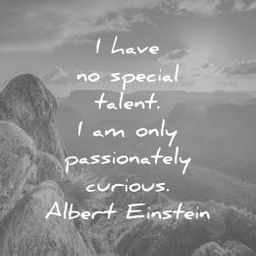 “ Do not wash your hair on Thursday, do not cut your nails on Tuesday , go to the temple on Saturday”, are the lines, almost everyone might have heard from their elders, but are they decided by God ? “He is a Muslim and so he can’t go to a temple” or “ he is a Hindu and so he cannot go to a mosque”, was this told by the almighty. In today’s world we have actually forgotten the real meaning of religion. No religions teaches us to fight, in turn it teaches that,” God is one”. It is we, humans who have divided us on the basis of a wall named as religion. Religion was made by and for us , for our unity and not for dividing us.

And if the religion was created for us, then why is that , that humans are fighting in the name of religion. As we all know, it is a very common justification given by some of the people that, “ we are fighting in order to save our religion.” Does any religion teaches you to kill people, for its safety? Why are people being killed in the name of religion which includes, the “so”-“called”-“honor killing”? Did their god told them to do that? Humans , today in their growing needs even have createdways out in the name of religion , in order to fulfill it. Almost everyone of us , had watched the movie, “OH! MY GOD “ , wasn’t that reality check. Just remember, the last time you visited a temple , how many beggers were there and the way most of people treat them?

A few time back , there was a news that , a girl of 12 years , was senta “Fatwa” because she was a Muslim by religion and wore the attire of Lord Krishna as a part of the fancy dress competition. It was said,that, she had violated “the law of Sharia”, which as per the Muslim culture is believed to be the saying of god regarding the laws and rules to be followed , but,what was the girls fault ? Is that what God made the rule about? To the surprise , as per , the present condition one just finds god in their place of worship but, is he confined to that one place? Why don’t the people see that , he is present in every human.At the time, when they hurt or kill a person in the name of violating their religion , why isn’t this thought that too is a child of God?

It is a high to realize that , religion was made to spread peace, harmony and love andnot for us to fight among ourselves. The religion is not made to violate someone’s right to life. It was a way to connect to each other. But currently ,the situation is just opposite, people arethreatened in the name of religion, by saying, that , “if you won’t do “so“ -“and”- “so”-“ ritual”, someone bad would happen”. There are even people, who spread hatred in the name of religion. God never taught us to fightfor him, to save him ,there is a need for us to understand , “ He is the one created us and which parent likes his children fighting amongst themselves and that too in his name.” In my opinion, the best religion , which should be preachedis of peace and harmony and people should also realize that God would himself be with them if their deeds are noble enough .