The Present Society: Right Or Wrong? 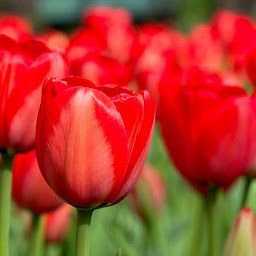 How a society should be is better explained in the holy book,The Bhagavath Gita by Lord Krishna.The society at present is very well occupied with all the modern technologies and facilities,and it all depends on how we make use of it.We should be very well updated about the current affairs,there are so many incidents happening around,both positive as well as negative ones,but the sad truth is that a major portion of the actions taking place fall on the negative side.I wish each and everyone of us could spend a little time and ponder about what actually is the purpose of a human being in this world , and to always make it a better place to live in.Its all in our hands,on how we deal in things.All we need is a positive attitude towards situations in life and the basic common sense to stay away from the so called negative vibes!

Firstly,considering a few instances where hostile starts ended up at pleasant results.Disasters are always terrible and cause a lot of harm to people , both their survival and state of mind.It was such a big issue when the God's own country was hit by a massive flood that caused huge losses of lives and assets.But it was tackled by the endless efforts of the same people,who stood side by side irrespective of the religions , communities and all such man made barriers.That showed the unity of the State.The same happened in the state of Odisha too.Those are examples that there is a ray of good hope even at the hardest situations, just like how a coin has two sides.

Secondly,coming to the negative sides , first issue what appears to awaken our minds is nothing but the brutal rape cases that take place very frequently , from a new born baby to even a ninety year old grandma.People seems to be so frustrated about all illusions that I believe is leading to such heartless acts.And to bring to the notice is about the blind and the least concerned law that exists in the country.After all these numerous cases,how many do victims do you think is actually punished!!!!Unlike what is usually said, nowadays money and power is worthier than the truth.Where are we gonna end up at!Unless the mistakes are pointed out and rights fought for,everything is gonna remain the same,to be shameful indeed !

Politics is another field which is actually the basis for all the deeds and what leads people to engage in those .Corruption,the very common term used then and now ,which looks like to have no end.Literally, it's all because of the greed towards money.

To conclude,it is very clear that the the direction and the path which we lead,which is actually to be taken up by the next generation is covered with so many obstacles and the previously mentioned the 'so called negative vibes'. I would say that it's in the hands of the present generation to bring the change . We should be mature and act accordingly , "ALL POWERS ARE WITHIN YOU, AND EACH AND EVERYONE CAN BE THE CHANGE", for a better tomorrow.