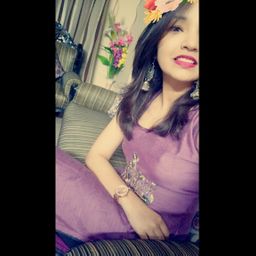 How many hours do you spend scrolling through feeds of Instagram, Facebook and other social medias? I am guessing, A lot! We all simply love to keep reading, liking and sharing memes that it became such a huge trend and not a day passes by where we keep our brains off these hilarious memes.

Who does not want entertainment in their life? And that is why these memes are probably the best, cheapest and very much affordable medium to provide people with a good laugh and also allows them to share it with their friends. Most of these memes are ridiculously funny and that is the reason why they are so popular throughout the whole world. This not only acts as a source of amusement but helps to get rid of our boredom also. Besides everything, we can also see it as a medium of connecting people by sharing a laugh between two people or amongst many people.

This meme culture has been so vastly popular that nothing could stop it. But let me ask you a question- is it all in good humour? Does it not impact something or somebody negatively? Obviously, it does. Yes, no one can be so precise in this meme-making process that it remains inoffensive to everyone. There is a huge possibility that one person might get offended to the same meme that others enjoyed and personally, I do not have any problem with that even if I am that one person because I understand that one cannot make everyone happy. But the problem arises if you target a group of people and hurt their sentiments. For instance, if you are making a meme on fat and obese people then there is a good chance that you end up making several people mad who belong to this category. That is why; this should be given a proper thought and should not be done in haste.

One big source of this culture is Showbiz, from where people can extract something on which they can make several memes. Again, it is quite funny unless it turns out to show any sort of vulgarity. I have come across so many memes that I can never consider amusing instead they are just humour in bad taste. Also, I do not think that such disgusting posts makes many people happy, it can make happy to those only who have the same sense of bad humour.

Making memes is never an easy task, it takes a lot of work, information, creativity and good humour; this together makes a meme hilarious. So, if you have all these things and are interested in making people laugh through your innovative ideas then go ahead but always think before posting it and ask yourself if that meme is not offensive to most of the population. Just try never to hit someone below the belt.