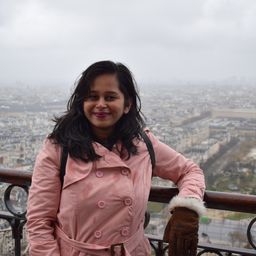 It was an usual evening. Everyone was in rush to go back homeafter having a long day. On the streets some vendors were selling vegetables, fruits and clothes. Women were busy shopping.

In this crowd there was a thirteen year old little girl who was returning home from school. She usually gets picked up by her father. But it was the only time he couldn’t come to pick her up and she had to go home alone. This made her happy because she always wanted to go home alone as she was a “grown up girl”.

She was free today so she decided to walk slowly till auto rikshaw stand which usually would take her 10 mins to reach. After observing the market and seeing different things which were there for sale, she finally reached rikshaw stand at 7:00 pm which was the peak time. There were very few auto rikshaws and drivers were not ready to go to her destination. So she just stood there waiting for other auto rikshaws to come.

Since she wasn’t used to travelling alone, she couldn’t catch the rikshaw quickly so she decided to wait. Then there was a man with 6 ft height, brownish colour, wearing formals and a bag in hand, who was staring at her. She wasn’t “grown up” enough to understand the meaning of his looks. So she stood there only without changing the position.

After some time she felt prickle in her breast. She ignored it. After two minutes there was another one but that one hurt her a bit. Then also she couldn’t figure out what it was. The only difference she felt that, “Whenever that tall man passes by me I feel that prickle.” It didn’t take her much time to understand what was happening with her.

She was totally frightened and started walking towards her home. But she was followed by that creature. Finally she got into a rikshaw and sat at one of the corners. That pervert was audacious enough to find where she was sitting and started walking towards her direction. He looked at her with evil smile and his hand again reached her breast but this time the girl wasn’t frightened. She was full of rage which made her scream loudly and jolted him. He quickly fled from there.

As soon as auto rikshaw started, she started crying. Having raised with all the care and being pampered, it was the most painful experience for her. But the last moment fight made her feel brave. She was feeling so relieved because she didn’t tolerate all of it. She fought back. She decided not to share this with anyone

With all these thoughts in mind she reached home, with new (a bit bitter) experience and new learning. She wasn’t the same girl who left home in the morning. Something had definitely changed. Though it came with shattered feeling, she had become more audacious.

When You Travel, You Change! Do You Know This?