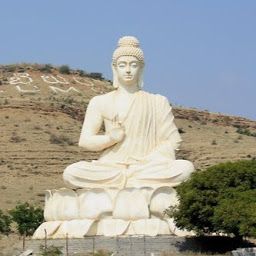 Adultery refers to voluntary sexual relations by a married person with a person other than his/her wife/husband. On 27th September,2018, there were heated debates and discussions across the country when the Honourable Supreme Court of India delivered the landmark Judgement regarding the offence of adultery, removing the 158 year old Adultery law i.e section 497 of the Indian Penal Code,1860. Before the judgement, women are not punishable in adultery as she was just considered as husband’s property which takes away women’s dignity. Hence, section was void.

The most debated question among the general public after the judgement was that why the Supreme Court completely scrapped the section from IPC instead of proposing a new gender neutral law i.e a law which punishes both men and women for committing Adultery. As an answer to this, the court said that Individuals have their own constitutional rights like “Right to freedom” where sexual freedom of a person should be respected, “Right to privacy” where the sexual affairs between married couple are completely private and “Right of dignity” as the individual’s dignity is highly effected when he is dragged down to police stations and courts for sharing his bedroom with a person other than his spouse.

Then now comes the popular argument relating to protection of marriage as an institution. If one is to argue that Adultery law PROTECTS the institution of marriage, then they mean that one will have healthy marital relations because of the fear of law. If the marital relation is being maintained because of fear of law but not by mutual love and trust, then one needs to question whether it can be called a relation at all? So, what exactly is the Adultery law PROTECTING here?
Adultery law won’t protect the marriage as one has to go to jail once the offence is proved. There was a misconception among some sections of society that Supreme Court is licensing adultery by not punishing it. If Supreme Court made adultery not punishable, that doesn’t mean it is encouraging it. Court recognizes Adultery as a ground for divorce which means the spouse can easily get divorce if it is proved that his/her partner committed adultery. Justice Indu Malhotra acknowledged that Adultery can be a moral wrong but it cannot be a crime.

It is pertinent to emphasize here that Law and morality are two different things. As elucidated in the judgement, it is highly immoral if a rich man refuses to offer food to a hungry beggar than a person who caused physical hurt to another accidentally. The law does not punish the rich man but it punishes the person who accidentally caused hurt. Law can’t expect complete morality from the individuals as it is impossible to punish every immoral act committed by people. In the same way, Law cannot punish an individual for not being faithful to his spouse which is a personal affair as the individual’s liberty is important to the LAW OF THE LAND (Constitution) than the institution of marriage which constitutes these individuals.