Do We Still Need Grades In The Modern Educational System? 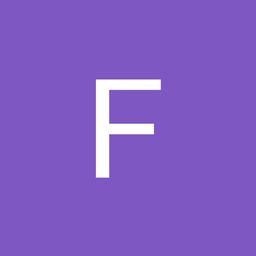 Now the point comes that why is the modern education system need grades. Well grades are very necessary in order to judge what a person has learnt. Through which the teachers identify that what the students are going through and there is equally important in any course that what is the progress of the student? To see and to find the progress of a student; grades are used and still they are important in the modern education system. Because grades are the only thing through which you can see and judge that what is the ranking of the student and how have they been assessed.

The modern education system is examination based

Yes this is the fact that modern education system is examination based from the very beginning of the time it was started but the key and the methodologies that are associated with their education have been evolved lately. In order to see the knowledge skills and abilities of the students there are still some schools you using the contemporary style of methods, however when it comes to education based learning there is a test criteria and the scores to which students must reach. It is just like GRE or TOEFL test which has some predetermined scores and to which the students have to achieve. When this scores the students achieve it means international level for the education has been obtained by the student.

Modern education system is divided into multiple sectors and it can be used up to different levels for education life till the 12th standard. This is basically a scale for the education in which you see that what a child is learning either individually or in a group. And yes this is a fact that students and these children perform much better when they are in a group then they are alone! One other issue that may be system is more when they are in a flock; students can cope up with their own pace and can learn on their own! However when they learn in a group they have to reach the benchmark set by the modern education system or they have to be same as their peers. Definitely when you learn in the group you have to be competent enough to survive in environment which is quite competitive.

There are some points which affect the student’s performance.

1. Reduces the quality of thinking among the students

Both the grading orientation and learning orientation have been found to be inversely related, and any research or study conducted to investigate the effect on the intrinsic motivation of getting grade has discovered an adverse impact. It is wise to note that students lose the interest of continuing their education due to grades. In fact, once they receive negative feedback, they will tend to think less. Grades and the complete havoc they impact on the learning and teaching process affects the student’s desire to continue learning. If the primary goal or objective of education in the grade at the end of the course, the entire intrinsic motivation for the student to excel on other realms of life may not be accompanied by various extrinsic rewards in much more challenge.

It is clear that somewhere along the educational path, there becomes an unspoken agreement that feedback is an effective communicator for the progress of the student learning. The society takes this bait; line, hook, and sinker. The variation of a student from one course to the other, teacher to teacher, state to state, and also, school to school, it can be discovered that the education system that involves grading does not place any stock in what the grading measure or communicate. However, at first, these grades are an accurate snapshot of the position of a student in educational achievements, but they do not precisely provide the parents or student with a meaningful feedback of improvement or even growth. Therefore, if parents want their children to be perfect learners, they have to demand a better way of communicating the learning progress of an individual student. In fact, it is complicated for all the involved parties in this dilemma to be transparent and accountable.

In the current education system that involves grading, parts of the reasons that are considered during grading are the cycle of interaction that typically happens between the student and the teacher. Most parents usually depend on the grades to communicate the progress of their children, and this makes the students feel pressured in attaining perfect grades and working hand. In most schools, teachers examine or assess the learners work and then assign a particular feedback in the form of scores, which is a typical cycle in the grading education system, but there is another step. If the grades that are assigned to a particular learner does not align the perceptions of their parents, there is an awkward conversation that ensues. Therefore, to avoid such embarrassing discussions, teachers tend to inflate grade by awarding some more point to the student or skewing the assigned grades toward the higher end of the spectrum.

Although grade inflation is widely perceived as harmless, it has many adverse effects on the learner’s future. According to Kevin Buice, on the article The Effect of Grades Inflation on College-Bound Students, he argues that with the padding that grades inflation supplies, the student will not have to work hard or study in order to receive a passing grade. This defeat the entire purpose of educating a child, which is to challenge the student through many complex and straightforward disciplines, hoping that they will develop critical as well as logical thinking skills (Buice, n.d).

It is, therefore, clear that grades affect the learners’ performance. In this essay, I have explained various research and studies conducted on the position, effectiveness, and relevance of grades in the education system and found that grades have adverse impacts on the critical thinking, and the ability of the student to think. Grades are also responsible for the grades inflation in most institutions and acts as a poor communicator of the students’ progress.

Education Today: Where Are We Going Wrong?