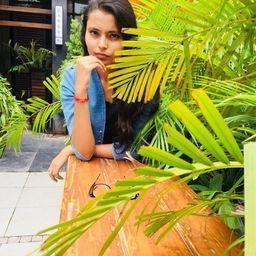 The ideas of power play, gender roles, and consent are strongly brought out through the course of the film.

The girls should learn to be careful. They are the ones who ‘bring it upon themselves’. As a result,the narrow mindset of people is sarcastically brought out in the societies so called,

1.Don’t stay out late – “Hamare yahan ghadhi ki sui character decide karti hai.” (Over here, the needle of the clock decides the character of an individual.) When you do something like that, you are bound to get harassed.
2. Don’t drink with boys – This highlights your loose morals and brands you as being available.
3. Don’t spend time with boys or go out with them. I mean, religious places are an exception.
4.Don’t be independent or live alone in a city – These independent women confuse our boys today.
5.Don’t smile while talking to boys. Of course, this can be seen as a hint. You are bringing it upon yourself.

When a girl stays out late at night, drinks,goes out with boys, lives alone, independently or smiles while talking to a boy, she is looked down upon and branded as being available. She is said to have loose morals, a loose character or is accused of confusing the boy by giving him misleading ‘hints’. And that is absolutely sad and ridiculous. If a boy does the same, he is considered to be an independent and a mature ‘man’. In fact, men who live with their parent after a certain age are looked down upon.

No matter which strata of society you may belong to, the notion largely remains the same for girls.

This skewed notion of gender roles needs to change.

The idea of consent needs to be understood by so many people in our society. The fact is that no matter who she may be, your girlfriend, your friend, your wife or anyone, when a woman does not say ‘yes’ it means ‘no’.

Instead of educating girls on how to be safe, we ought to educate our boys on how to respect girls and offer them a safe environment.

Discrimination Between Girls And Boys