Oh, Bollywood: What Could've You Been 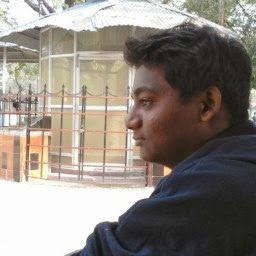 Bollywood. An industry that has been adored, despised and marred by controversies throughout its history.

It has many faces, many stars and many forgotten stars who live on only through celluloid and with an impact on the society, that might be considered second only to religion. But this article is not about that, it is about what the Hindi Film Industry could've been.

The Hindi movie industry has become almost a religion in India. Hundreds line up in front of actors house to get a glimpse of their favorite superstar. On the streets, you can find avid fans who dress up to look like their favorite character from their favorite Bollywood movie. But there is one thing that this gigantic wheel of glitz and glamour fails to do, it fails to portray the reality.

By reality, I don't mean a documentary-esque approach. I know that there has to be some form of dramatization and fictitiousness to add to the structure of the movie and I agree. But would it hurt to give some sense of grounded realism in your movies Bollywood? Seldom do we come across movies such as Masan or Gangs of Wasseypur ore Pink which tackle real social issues with such meaningful storytelling.

India is still a growing economy where poverty is high and literacy is down. Just think what would happen if Bollywood would stop producing nonsense rom coms and focus on grassroot level social narratives. It could amount to a colossal paradigm shift, and with the reach that it has, Bollywood could've helped to transform the way people are educated and information is disseminated.

But I know as well as you readers that it will never come to pass. The prospect of catering people utter nonsense and profiting gigantic amounts of wealth is so ludicrous that the honchos of the Hindi film industry would never turn away from it.

But it doesn't hurt to hope, does it?