A Group Of Children Discover A Dead Body 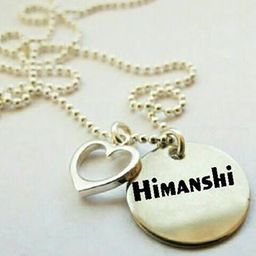 Students after exams, tired and exhausted being at home all the day during summer vacation decided to do something adventurous. After rejecting all the suggestions like going for trekking, rock climbing etc. They finally decided to go for camping in a jungle. Their tourist guide has warned them to stay on the edge of the jungle and said them not to go beyond this part in the dangerous jungle. They all agreed to him. But being the notorious youth, they decided to go in the jungle in the night when their guide will fall asleep and will come back before he wake up.

Among the 4 lads , Rahul was a little bit coward. So, the rest of the three kids decided to target him for teasing. As they started entering the forest, rustling noise took the charge as their footsteps fall on the dry leaves. Gradually, as they move, sahil, the most notorious boy among them started making noise from his mouth, Dhruv and Sameer accompanied him. They all started teasing rahul that there is a ghost around us. Rahul being the coward one, his spirit took less than a second to get punctured.

Sometimes they three imitated voice of the animals, sometimes they grabbed his throat from behind saying that they just saw a ghost around him.

Besides all these little pranks, Sameer suggested sahil and dhruv to go back in the camp , leaving the Rahul alone in the jungle. They both agreed. They asked Rahul to take the lead . To show himself strong he agreed. Rest three followed him for a while and then they ran away from there to the camp.

As he moved further, he heard the voice of lion roaring, irritating voices of the bats and the wild animals. At first, he thought that they are hidden somewhere behind the trees to tease him. But after a fruitless and tiresome search he realised that his friends are no longer here and must have run away. So he got more frightened and started running towards the camp, panting and afraid .

Spooky noises continued following him. As he was running his foot striked something . He saw only a human hand with blood on it. Rest of his body was missing , must be attacked by any animal. Then he saw a lion coming towards him. He got terrified like hell and got freezed for a while.

As he didn't return to the camp till next morning. His friends and guide went in his search. They saw some blood spots on their way to the Jungle. They saw the ripped body of Rahul and non stop blood coming out. He must be attacked by any animal , said guide. They all cried like hell and didn't be able to forget that moment in their entire life.

How Are You Traveling