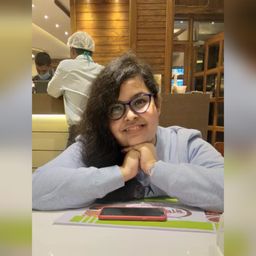 Confidence is the key to success. I am sure everyone of you have heard this phrase once in your lifetime.

I used to be a confident child. When I was like a 7 or 8-year-old, I used to dance and sing in front of mirrors and people. Sounds crazy and impossible, but I have performed on stage, while being a Kindergarten student. It also wouldn’t be wrong to say that I used to love to flaunt my so-called talents in front of others. Fast forward to 15 years later, well, I don’t do any of those things now. Definitely, it has to do with my age and my introverted nature but with that, the second reason would be my low self-esteem.

“Discouragement: A Hard Pill To Swallow”

There are thousands and thousands of people who suffers the same way. Reasons, you may ask? There's plenty of them. One of the most common one would be discouragement.

As human, we trust our family and close friends more than anything. Their one word literally can make or break our day. Unfortunately, not everyone understands that.

It doesn't matter, if its about looks, fashion sense, or goals for the future. One look of uncertainty can shaken up an individual's entire world. Discouragement feeds our insecurity. Its true, that we must never give someone the power over us but most of the time we seeks validation from others. Let's just accept it, we all want to get accepted by others.

In a time where the world focuses on dragging people down, instead of doing the same, let's uplift others. A word of encouragement does wonders, in this crazy world. When someone does something good, they deserve to be praised. ‘Good job, ‘Well done’, ‘keep going’, these magical words are sometimes the source of inspiration.

In this big crazy world, let's not add more burdens on others by dragging them down. Let's use our words to heal them, who knows, maybe you are saving someone's entire day.