A Day In Goa 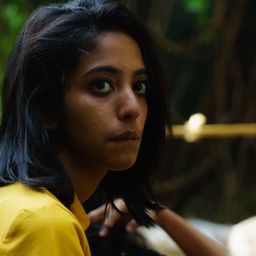 I woke up early. An unusual thing for me, but even I couldn't sleep in when the promise of sun and sand and sea beckons me. I woke my friends and we quickly studied the map and found the quickest way to the beach. Calangunte was the nearest and was just a 10 minutes walk from where we were. We rushed to the sea and as it was just after sunrise, there were only a few people around. We sat there for a bit and then walked back to the room. We got ready and decided to rent scooters for the day.

The lady who lived downstairs ran a vehicle renting business and so we got scooters from there. We also got bottles of diluted petrol from the nearby shop because that's all you get there until you happen to find a petrol station. With Google maps guiding us, we were on our way to see the famous heritage sites in Old Goa. We were kind of hungry but we had thought of having brunch from some good cafe later on to save money. We didn't even have to decide or think about where to eat from much because one of the scooters broke down right outside a cafe called Fisherman's Cove. We were quite famished by then and we ordered many continental and Goan dishes. We were lucky I guess that the scooter broke down right there because the place was a gem. Live music, a happy crowd and food of many varieties set in a beautiful roadside shack. We ordered cocktails and tried almost every dessert on their menu and swore to return here every time we visited Goa. Soon we fixed the scooter and continued to Old Goa with happy hearts and full tummies.

In Old Goa, most of the churches close around five and some don't let you in if you wear short dresses or shorts. A friend had told us about this but even then after the heavy lunch, we had managed to get kind of late. Not wanting to miss anything, we quickly went to see every church, starting with the Bom de Jesus Basilica. After 5, we were simply walking around outside of the churches and on a whim to the scooters and rode through a pretty road. Again luck took us through a beautiful historic arch that opened to a water body with a cosy tea shop. It was a beautiful spot and we learned that it was popular among the locals there and unknown to the tourists.

After the tea break, we headed to Panaji. The city is beautiful. Ships and casinos and pillars and lights are everywhere. Beautiful architecture and amazing food. We went to visit the Latin quarters - an area of the town known as the Fontanhas. All the buildings are beautiful here and we kept going round and round, letting everything sink in.

We saw an old guy at the window of his house playing his violin and staring at each of us with a piercing gaze as we passed by. His house had a cozy looking ground floor and an old and dilapidated first floor. He had a huge bird in a cage in front of his door that he played to. A bird that looked like it's colours had been washed out and a violin that looked like it should have been in a museum. A violin that hardly made any sound we realised. The guy captivated us so much that we returned to the place. He was still there. The music barely audible. There was a wishing well right there. It was red mosaic and beautiful. We sat around it and threw in coins and made wishes.

Then we found a street food stall right outside the a Latin quarters. And they served the best chicken I'd had in a long time and that too for 50 rupees. It was a version of chicken maryland. But, way tastier and definitely way cheaper. Again with happy hearts and full tummies, we got on the scooters and headed back to Calangunte.

It had been a day full of luck and we were so happy that our unplanned plans were working out so good.

Calicut For A Foodie

Places That Are Just A Night Away From Calicut