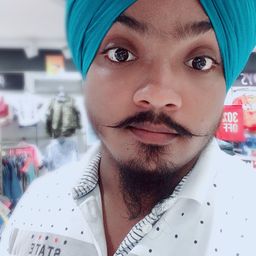 “THE PRIMARY REASONS OR CAUSES OF WATER POLLUTION IN INDIA”

In INDIA many causes of pollution, including sewage, manure, and chemical fertilizers, contain "nutrients" such as nitrates and phosphates. Deposition of atmospheric nitrogen (from nitrogen oxides) also causes nutrient-type water pollution. In excess levels, nutrients over-stimulate the growth of aquatic plants and algae. Excessive growth of these types of organisms clogs our waterways and blocks light to deeper waters while the organisms are alive; when the organisms die, they use up dissolved oxygen as they decompose, causing oxygen-poor waters that support only diminished amounts of marine life. Such areas are commonly called dead zones. Nutrient pollution is a particular problem in estuaries and deltas, where the runoff that was aggregated by watersheds is finally dumped at the mouths of major rivers.

Farmers often use chemicals to hinder bug infestations or other diseases from damaging or ruining their crops. They may also use chemicals to enhance the growth of their crops. Either way, these chemicals seep into the ground water or run off into lakes, creeks, or rivers, causing water pollution. Farmland that is irrigated and treated with chemicals in the form of fertilizers or pesticides is a major contributor to water pollution. Pesticides that get applied to farm fields and roadsides—and homeowners' lawns—run off into local streams and rivers or drain down into groundwater, contaminating the fresh water that fish swim in and the water we humans drink. It's tempting to think this is mostly a farming problem, but on a square-foot basis, homeowners apply even more chemicals to their lawns than farmers do to their fields! Still, farming is a big contributor to this problem. Industrial processes produce toxic waste containing heavy metals. When heavy metals filter into water, they are fatal to marine life. Shellfish and fresh fish are staple menu items for people around the world. Humans are affected by the heavy metals ingested by the fish and shellfish, causing health problems and sometimes death.

The heavy metals in water have also been linked to severe birth defects, a damaged or suppressed immune system, cancer, fertility problems, and developmental problems in children.The construction industry is also at fault for contaminating our water resources with cement, lubricants, plastics and metals. Rivers and lakes are also polluted from heavy silt or sediment run-off from construction sites. Ground water pollution occurs when chemicals, debris, garbage, oil or other harmful contaminants enter the ground water supply over time. Ground water is often a resource for our drinking water. If it isn’t treated properly, those harmful elements can cause serious health issues for human beings and domestic animals.

Oil spills do cause major water pollution and problems for wildlife, fishermen, and coastal businesses. But the problem of oil polluting water goes far beyond catastrophic oil spills. Land-based petroleum pollution is carried into waterways by rainwater runoff.

This includes drips of oil, fuel, and fluid from cars and trucks; dribbles of gasoline spilled onto the ground at the filling station; and drips from industrial machinery.

These sources and more combine to provide a continual feed of petroleum pollution to all of the world's waters, imparting an amount of oil to the oceans every year that is more than 5 times greater than the spill. Shipping is one of these non-spill sources of oil pollution in water: Discharge of oily wastes and oil-contaminated ballast water and wash water are all significant sources of marine pollution, and drips from ship and boat motors add their share. Drilling and extraction operations for oil and gas can also contaminate coastal waters and groundwater. As for gasoline and gas additives, leaking storage tanks are a big problem.

The US Environmental Protection Agency (EPA) estimates that about 100,000 gasoline storage tanks are leaking chemicals into groundwater. In Santa Monica, California, wells supplying half the city's water have been closed because of dangerously high levels of the gasoline additive MTBE.

Mining causes water pollution in a number of ways:

• The mining process exposes heavy metals and sulfur compounds that were previously locked away in the earth. Rainwater leaches these compounds out of the exposed earth, resulting in "acid mine drainage" and heavy metal pollution that can continue long after the mining operations have ceased.

• Similarly, the action of rainwater on piles of mining waste transfers pollution to freshwater supplies.

• In the case of gold mining, cyanide is intentionally poured on piles of mined rock (a leach heap) to chemically extract the gold from the ore. Some of the cyanide ultimately finds its way into nearby water.

• Huge pools of mining waste "slurry" are often stored behind containment dams. If a dam leaks or bursts, water pollution is guaranteed Perhaps the worst offense in the category of mining vs. water pollution causes: Mining companies in developing countries sometimes dump mining waste directly into rivers or other bodies of water as a method of disposal. When forests are "clear cut," the root systems that previously held soil in place die and sediment is free to run off into nearby streams, rivers, and lakes.

Thus, not only does clear cutting have serious effects on plant and animal biodiversity in the forest, the increased amount of sediment running off the land into nearby bodies of water seriously affects fish and other aquatic life. Poor farming practices that leave soil exposed to the elements also contribute to sediment pollution in water.

ADDITIONAL EFFECTS OF WATER POLLUTION INCLUDE:-

1)The food chain is damaged. When toxins are in the water, the toxins travel from the water the animals drink to humans when the animals’ meat is eaten.

2)Diseases can spread via polluted water. Infectious diseases such as typhoid and cholera can be contracted from drinking contaminated water. This is called microbial water pollution. The human heart and kidneys can be adversely affected if polluted water is consumed regularly. Other health problems associated with polluted water are poor blood circulation, skin lesions, vomiting, and damage to the nervous system. In fact, the effects of waterpollutionaresaid to be the leading cause of death for humans across the globe.

3)Acid rain contains sulfate particles, which can harm fish or plant life in lakes and rivers.

4)Pollutants in the water will alter the overall chemistry of the water, causing changes in acidity, temperature and conductivity. These factors all have an affect on the marine life.

5)Marine food sources are contaminated or eliminated by water pollution.

6)Altered water temperatures (due to human actions) can kill the marine life and affect the delicate ecological balance in bodies of water, especially lakes and rivers. Water pollution effects have a huge impact on our environment and health. The delicate balance between nature and humans can be protected, but it will take efforts on all fronts to prevent and eliminate water pollution locally and globally.

CAUSES AND IMPACT OF WATER POLLUTION AND ITS

Environment is the precious gift of God to all creatures whether living or non-living. The natural resources of the earth including air, water, land, flora and fauna and especially representative samples of co system must be safeguarded for the benefit of the present and future generations through careful planning and management.Water is liquid of life, as there can be no life without water. Pure water is an animating fluid while polluted water is a real curse for a living beings. Accordingly, causes and impact of water pollution and its adverse effects on health of human beings wi8ll be looked into.

Man during course of his civilization has settled in places where plenty of water was available. But with the increase of pollution and in exploitation of natural resources for his own benefit, he has behaved in a wild manner by creating problems of pollution hazardous not only to aquatic life but also to his own life. While western countries have become quite sensitive to this problem, India is still continuing because of irresponsible behaviour of its citizens, in rendering water more polluted day by day and the situation is deteriorating progressively.

Role Of Individual In Prevention Of Pollution