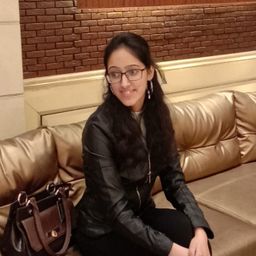 An important usage of water in human life is contributing to the body's daily fluid needs . Although a good percentage of water is present in tea , coffee , fruits , vegetables , raw meat , fish etc . Though these foods contain some percentage of water but consumption of water is essential as the body is between 61 and 64 percent water . The intake of water depend on  factors such as lifestyle , bodyweight , age , weather of the place and others . According to the study performed by H.H.Mitchell , published in the journal of biological chemistry , the amount of water in the human heart and brain is 73 percent ,lungs are 83 percent, muscles and kidney are 79 percent , skin is 64 percent and bones are 31 percent. Water is essential for almost every process that takes place in our body - from  digestion to sweating .

Next, we can't imagine our daily life without use of water. Some of the most important uses of water are at our homes. Broadly the supply of water to our houses is usually done by two ways . One, it is supplied by a city water department or may be by private company.secondly, people supply their own water that vary from place to place but normally from well, especially in rural areas . Water delivered to home is called 'public supplied deliveries' and another that is mentioned above is ' self supplied' and is almost groundwater.

Domestic uses of water include both indoor and outdoor household activities. Starting from brushing teeth , watering gardens, domestic use include all household chores. It includes drinking , preparing food, bathing,washing clothes, and dishes brushing teeth, washing pets. All the above mentioned uses varies from person to person for example water usage by a person having shower will be different from the person who uses bucket to take bath or bath tub.

The images of seemingly endless crop fields, sustaining 60% of world's population, are more than sufficient to prove that water is and has always been the most vital part of agriculture. Be it times when agriculture only survived on rainwater to the 21st century modern techniques of irrigation like drip and sprinkler system, what remains constant and unchanged is the fact that nothing could have replaced water to get produce from land. Global, 70%of freshwater is used  for agriculture which is supplied and fed only by part of the rainfall. The majority of water that comes down either gets evaporated directly as 'non-beneficial evaporation' or after being used by plants and trees as 'productive transpiration '.known this fact, our farmers and specially poor and local farmers with small fields are always worried about receiving enough moisture from rain water. Water as a result become a reason for dispute to  be diverted from local streams, rivers and lakes into the fields, and a commodity to be bought and afforded in tube wells or irrigation systems.

After,  or today,  with agriculture,  industries too require large  supplies of water. All types  of machinery runs smoothly to keep  the process of manufacturing going because  it gets water to cool it a certain temperature. Not  just this, according to the United States Geological survey (usgs), water  is used for fabricating, processing, washing, diluting and transportation a product .Like agriculture,  self and other water supply for industrial use stands for 60% of the total use. The difference however is that most  of the water used by the industries is neither consumed nor can be returned to the water cycle. Legislation provides for  treatment of water that comes out as waste from the industries. But this needs to be looked at two levels how much of  the water is actually treated out of all and even of what is treated, how much can be reused and in what ways.

Not  just in coastal place,  fishery and especially commercial  fishing have now become a quiet vast and livelihood of  over 500 million people in developing countries depends on fisheries and  aquaculture. Given the huge demand for the harvest of fish is leading to  reducing the fish sticks beyond sustainable levels because of over - fishing. In doing  so, it is often forgotten that the oceans, seas and other Wat bodies are for the water we drink,  the air we breathe and used by the fauna as well. Not just this, such practises carried at a very large  scale, cause great destruction on the ocean bottom including coral shattering, damage to habitats and removal  of seaweed This again leads us to the debate of developing coming in the way of environment or vica-versa.

Flowing water not  just sustain life under  and above life , but also  used as a power source to turn to the  turbine machine making hydroelectricity Hydroelectric  dams need to be on large rivers with a large drop in elevation,  where engineers can them control the water flow to make electricity on demand  at a specific rate. This method was found to be a good substitute to the electricity made from coal which  added to the greenhouse gases. However, estimates show that electric power generation consume more than three  trillion gallons of water globally per year. The real question that arises than are we using or wasting water. The first  in this category are minerals Minerals are found everywhere on earth, from the bottom of the ocean to the highest mountains. Since mineral deposits are  frequently located underground, they are to be mines . Mining uses water primarily for mineral processing, dust suppression, slurry transport and also employees needs Water is sought from  groundwater, streams, rivers and lakes, i. e on a sharing basis of this water for other uses . In the mining case, procurement of water is not the problem alone; water extraction is also  an issue. In many underground mining, Water needs to be pumped away from the mining site which ends up reducing the levels of groundwater, deplete surface water and cause pollution to local rivers.  The second is the oil industry, where water with or without gas is injected to recover petroleum.This increases the recovery to twice that expected from primary means alone.

Thus, water is not only connected with us in our day to day life but other aspects are also there which influence us directly or indirectly.